What is Easter? Butterflies or Bees? And Other Corrections - iMediaEthics

What is Easter? Butterflies or Bees? And Other Corrections 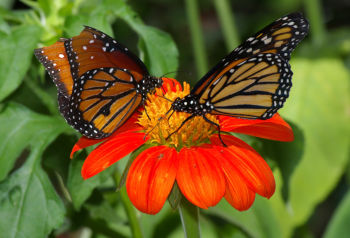 iMediaEthics’ latest round-up of noteworthy or amusing corrections starts below:

On Good Friday, March 30, NPR botched a description of Easter, calling it, “Easter — the day celebrating the idea that Jesus did not die and go to hell or purgatory or anywhere at all, but rather arose into heaven — is on Sunday.”  Public editor Elizabeth Jensen looked at the mistake and what went wrong in a recent column.

“An earlier version of this post incorrectly described Easter as “the day celebrating the idea that Jesus did not die and go to hell or purgatory or anywhere at all, but rather arose into heaven.”

The New York Times listed, as an example of a conspiracy theory, a story about Palestinians paying pensions for terrorist families. The Times had to correct, the Washington Post’s Erik Wemple wrote, detailing the mistake.

An earlier version of this article erroneously included a reference to Palestinian actions as an example of the sort of far-right conspiracy stories that have plagued Facebook. In fact, Palestinian officials have acknowledged providing payments to the families of Palestinians killed while carrying out attacks on Israelis or convicted of terrorist acts and imprisoned in Israel; that is not a conspiracy theory.

NPR wrongly said no black children attended a majority white school. The error occurred in a March 28 story, “A Look At The State Of School Integration 64 Years After Brown v. Board Of Education.”

Did a butterfly or a bee fly at the end of pop singer Ariana Grande’s music video? NPR mixed it up.

NPR’s April 20 correction: “In the original story, we mention that a butterfly flies in the final moments of the video; it’s a bee.”

What is Easter? Butterflies or Bees? And Other Corrections