Why did Australian Newspaper ID Woman who Criticized Her Boss in Letter to Editor? - iMediaEthics

Why did Australian Newspaper ID Woman who Criticized Her Boss in Letter to Editor? 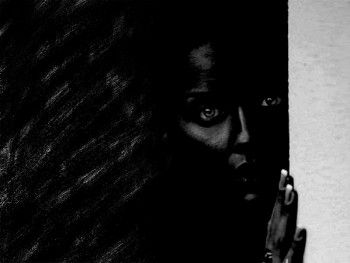 A woman wrote a letter to the editor criticizing her employer.  She asked the newspaper to print the letter anonymously, so she wouldn’t get in trouble.

But the newspaper, the Gladstone Observer in Queensland, Australia, published her name with her letter, “causing severe repercussions from her employer,” the Australian press council said.

The Gladstone Observer, a daily newspaper owned by APN Media, said it was just a “highly regrettable staff error” and apologized to the woman. The newspaper doesn’t publish anonymous letters, the council reported.

Rowan Hunnam, the Observer‘s editor, confirmed to iMediaEthics by e-mail that the incident happened because of “staff error.” The letter was published at the end of last year, she said.

When asked how the newspaper would prevent a future error like this, Hunnam said “We have robust processes in place and it couldn’t happen again.”

She added, “Our processes have been explained to all those who handle letters. We are confident the situation could not be repeated.”

Even though the newspaper went against the reader’s wishes to remain anonymous and didn’t tell her they were going to name her, exposing her to retribution at work, the press council ruled that the apology was enough to rectify the situation.

The council did rule against the newspaper so the Gladstone Observer was required to publish the press council’s adjudication on its website, but that was it. The adjudication is available here.

The ruling said in part, “The request to withhold her name was clear, and there was no ground on which failure to do so could be justified as in the public interest.”

If the Gladstone Observer hadn’t apologized to the woman, the press council said it might have issued a “formal censure” to the newspaper.

The Observer‘s Hunnam added that the complaints process with the press council was “very fair and we have learnt lessons.”

“We’re also pleased the press council has acknowledged how much effort was put into helping the woman concerned,” Hunnam commented.

Why did Australian Newspaper ID Woman who Criticized Her Boss in Letter to Editor?