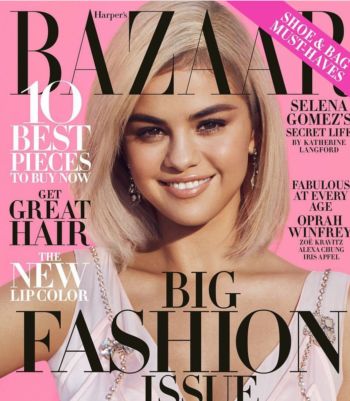 Playboy magazine has filed a copyright lawsuit against Harper’s Bazaar for publishing without permission its photos of Kate Moss.

According to the UK Independent, Harper’s Bazaar published a picture of Moss “dressed in [Playboy‘s] trademark Playboy bunny ears and leotard.” The photo was taken for Playboy‘s 60 anniversary and her 40th birthday, the Toronto Sun reported.

When asked for more information on the lawsuit, Brainerd Communicators’ associate director Clara Pyo provided iMediaEthics with a statement on behalf of Playboy:

“Playboy actively enforces rights to protect its valuable, copyrighted content.  While we will not comment on specific actions, we can confirm that we are pursuing unauthorized republications of content from our 60th anniversary issue.”

Harper’s Bazaar “also linked to a feature published on a separate website with nine copyrighted nude images of the star embedded within it,” the Independent reported. That website is entertainment.ie, and its feature was circumventing paying Playboy for the images because it said “Save yourself a fiver. Here’s Kate Moss’s NSFW spread from Playboy,” according to the New York Daily News.

This appears to be the Harper’s Bazaar article in question, “See Kate Moss’ Full, Fab Playboy Spread.” As of Jan. 23, there wasn’t any photo of Moss from Playboy or a link to entertainment.ie’s website.

The lawsuit was filed Jan. 17, according to the Associated Press. “Playboy is seeking $150,000 (£91,000) per photograph for copyright infringement,” the UK Independent added.

iMediaEthics has reached out to Harper’s Bazaar for comment about the lawsuit. We’ve also written to entertainment.ie asking if it has been notified of a lawsuit and if it has taken down the photos in question. We will update with any responses.