Will news outlets have to pay for Walter Scott shooting video? No cease & desist for Post & Courier, NYT - iMediaEthics

Will news outlets have to pay for Walter Scott shooting video? No cease & desist for Post & Courier, NYT 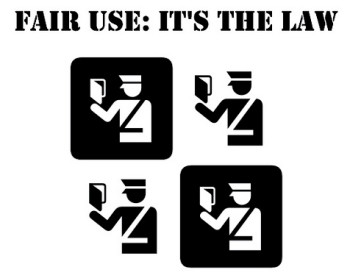 Will news outlets really have to pay $10,000 to show the viral video showing the shooting death of Walter Scott in North Charleston, S.C.  by police officer Michael Slager?

The New York Times reported Friday that Australia publicity firm Markson Sparks, identified as the publicist for Feidin Santana, the witness to and video-taper of the shooting, has been sending out cease-and-desist letters to news outlets and saying they would have to pay to use the video. The Times said it hadn’t gotten one of the letters.

“The Times has used the video with the family’s permission and not received a cease and desist letter,” the Times said.

iMediaEthics spoke with Max Markson from the publicity firm Markson Sparks tonight. He told iMediaEthics “I’ve literally sent hundreds” of letters “all around the world.” He would not say which outlets he has sent the letters, saying it is  commercial product , but that he is “targeting all major media all around the world.”  He has “started with major TV networks” and then is moving from there.

Markson said his firm has been involved for “about a week.”

“If somebody’s using it and they want to keep” doing so, “they should contact me” to license it, he said.

Markson confirmed to iMediaEthics that the fee will vary by outlet. “If it’s a smaller market like New Zealand then they’ll pay less” then a national outlet in the U.S.

Santana apparently wasn’t fully aware of the letters and planned fee requirement, according to the Times.

“The announcement about the fee seemed to come as a surprise to Mr. Santana,” the Times reported. “He later recalled that his lawyer mentioned something about charging for it, but said he did not understand.”

Santana’s lawyer Todd Rutherford told the Times that Santana deserved the money since news outlets were earning traffic by the video.

The Times cited a copyright lawyer, Frederic Haber, as saying of the video ““At some point, it’s not newsworthy anymore and you are using it for commercial benefit.” However, Forbes reported that the video would be protected under fair use.  Forbes quoted NYU Law professor Christopher Sprigman as saying: “The video is newsworthy. The video was newsworthy the day it was shot, and it continues to be newsworthy. That’s why TV stations want to use it. This is a paradigm case for fair use.”

“There is no question that the copyright in the video vests with Mr. Santana (unless he transferred that right) and it is up to him or his agent as to what he wants to do with this work. Those that now wish to use the video might make a fair use argument if the story is actually commenting on the taking of the video itself rather than to illustrate the story of the shooting, but fair use is a defense to be asserted after you have been sued for copyright infringement, to be determined by a court, and not something one gets to claim and then proceed with the use without peril of being sued.”

Mitch Pugh, the executive editor for the Charleston newspaper the Post and Courier, told iMediaEthics by e-mail it hasn’t received any cease and desist. He wrote:

“To my knowledge, we have not received a letter. We will evaluate our options if we should receive such a letter. Until that time, early indications are that we would have a strong fair use case.”

Pugh said Scott’s family’s lawyers gave a copy of the video to the Post and Courier. He also tweeted

Re: #WalterScott video: We believe media has strong fair use case here. Will be interesting to see how it develops.

There is an IndieGoGo fundraising campaign for Santana. It has raised more than $6,700.

iMediaEthics has e-mailed the publicity firm for comment and to ask which outlets it sent the letters. We’ve left a message for Santana’s lawyer and also written to the Times to confirm it still hasn’t received any cease and desist. We’ll update with any responses.

Markson told BuzzFeed: “Fair usage for video exists and networks can still use it for a certain amount of time like with footage from the Olympics, but the fair usage fee is for people who want to use it again. And in the lead-up to the trial we expect there will be more requests for licensing.”

Will news outlets have to pay for Walter Scott shooting video? No cease & desist for Post & Courier, NYT