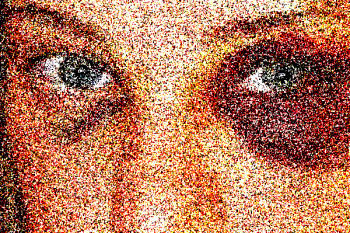 The St. Louis Post-Dispatch named a woman who may have been the victim of a sexual assault.

But that wasn’t all. The newspaper also fully identified her by age and job, described her injuries and attempted to re-construct the night in question, without her consent, and seemingly blaming alcohol. And the Post-Dispatch published the woman’s photo on its front page, according to the Riverfront Times.

Journalism ethics standards recommend media outlets don’t identify the victims of sexual assault. iMediaEthics is not naming the woman or linking to the Post-Dispatch article.

The woman in question declined to be interviewed by iMediaEthics but she did comment about the paper’s decision to name “me, uninvolved friends, and strangers, and by adding uncorroborated details about the worst evening of my life.”

“I think their reporting and the editor’s subsequent comments will discourage people who are thinking to report an assault and seek the help they need,” she told iMediaEthics.

The woman in question contacted police earlier this year, worried she may have been assaulted the night before, though she didn’t remember most of what took place. According to the Post-Dispatch, the woman initially went along with a police investigation, which was later closed because she didn’t want to continue, and the woman never accused or made claims about any person.

The Post-Dispatch seems to have  used her past affair with a state politician who recently resigned as its news hook, because she went to his apartment looking for help on the night in question.

The newspaper also listed numerous people the woman met with on the night in question and what drinks were ordered and for how much money, another alleged sexual assault, and other personal information.

A couple of readers questioned the Post-Dispatch‘s decision in the comments. One reader wrote:

“If police were investigating whether she was a victim of sexual assault, why is her name, image and personal information being published? I understand that the paper was salivating at the thought of exposing political bad behavior, but they exposed a woman’s very private fear (that she had been raped) in the most public forum possible all for the sake of some salacious headline? Too many victims of sexual assault are too afraid or intimidated to seek help. Having the St. Louis Post-Dispatch “out” a possible victim will have a chilling effect on others. The editorial staff should be embarrassed.”

“So The St. Louis Post-Dispatch & STLtoday.com decided that it was a good idea to publish the name, photo and list of probable sexual partners of a potential victim of sexual assault?”

The Riverfront Times wrote, “You could call this story slut-shaming. You could call it prurience. Just don’t call it good journalism.”

The Times pointed out that the print edition’s inside headline for the story read: “Police report details woman’s night of partying.”

Further, the Times noted that in its reporter’s history, “I can only recall two exceptions to this practice: one, if the victim is found to have completely fabricated an assault for personal gain, and two, if the victims themselves decides that they want to have their story told,” of which “neither was true in this case.”

“In fact, nothing included in the Post-Dispatch story suggests the woman was lying or that a sexual assault didn’t happen,” the Times reported. “The cops apparently traced her steps up to a point — a point when it was clear she’d drank enough to be seriously wasted — only for the woman to stop cooperating with the investigation. At that time, the police had yet to test the evidence they’d collected in the rape kit.”

Salon argued that the story is evidence of when “journalism fails a sex assault investigation.”

“So because a woman had an affair with a now disgraced politician and then got very drunk, she’s been on the front page of a major newspaper and her personal life has been called into question. Does it make you wonder about how many other women wake up with questions and fears about what happened the night before, and decide it’s not risking their professional lives to find out? Because it should,” Salon wrote.

iMediaEthics asked the Post-Dispatch for more information.  Post-Dispatch‘s political and national editor Christopher Ave pointed iMediaEthics to his statement on the paper’s website and interview on radio.

In the statement on its website, Ave said “we made the decision to run the story based on its news value after careful consideration and healthy discussions involving a veteran reporter and senior editors.”

Ave argued the story shows “the behavior of public officials and those who play a role in state government,” pointing to the news about the woman’s past affair with the now-resigned politician.

“We recognized that publishing this story, including [the woman’s] name and some of the specific details from the police report, might bring criticism and raise legitimate questions in the minds of some,” Ave added. “In the end, we made a judgment call based on the newsworthiness of the subject matter and the officials involved, as well as on the police investigation’s findings.”

Here is his radio interview. The interviewer asked “why is this newsworthy?” and pointed out that the paper has been “kinda hammered” over the decision to publish the story and the woman’s identification.

“Here’s why we thought this was news. One, you have some very powerful people involved here…they were having a relationship…her job was to lobby the legislature…his job was … to oppose [her boss’s] agenda, and yet they were having this relationship. So I think right there you have an extremely newsworthy situation and one that we felt we had an obligation to our readers to report on,” Ave said.

“Why name the victim,” though, the interviewer asked, especially since she may have been assaulted. Ave said the paper’s editors spent a lot of time debating and going “line by line” over the story and police report before publishing. “We decided together what was relevant and what wasn’t relevant.”

Because the woman said “I don’t know,” and after the investigation, “no one was alleging sexual assault,” Ave argued it was a “much different situation if she had reported a rape, if she had called a rape crisis line.”

The interviewer asked if reporting and identifying the woman might hinder other assault victims or qualify as “slut-shaming,” Ave held on to the argument that the woman “said I don’t know,” and said he was “not criticizing her, my gosh, and she may still be a victim, we don’t know.”

“My only point here journalistically is it’s a different thing to write a story about very powerful people doing the public’s business having relationships in which a woman says I don’t know that’s very different than doing a story when someone says I was assaulted,” Ave said.

The interviewer pointed out that the politician in question already had resigned, and asked if that lowered any potential newsworthiness but Ave argued it didn’t matter because he was in office at the time.

Ave added, “I’m certainly not in the business of outing adult consenting people that do whatever they do, I have no interest in that, I don’t care…the point is the power, these people are doing the people’s business and they’re doing it on our dime.”