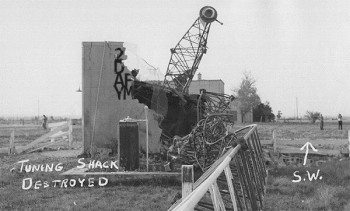 The Australia High Court ruled in agreement with the Australian Communications and Media Authority (ACMA), which decided that the station broke the law with its infamous royal prank call, when two hosts posed as Prince Charles and Queen Elizabeth and called the hospital where Kate Middleton was being treated in December 2012. The High Court decision was in response to ACMA’s appeal of the Federal Court ruling against it.

2Day FM hosts Mel Greig and Michael Christian called King Edward VII Hospital in 2012 to see if they could find any information out about Middleton’s pregnancy with Prince George.  A nurse, Jacintha Saldanha, connected their call to another nurse. Days after the call was aired on 2 Day FM, Saldanha died by suicide.

The High Court ruling this week upheld the Australian media regulator the Australian Communications and Media Authority’s right to release its findings on the station and the incident, the BBC reported.

Australia’s Federal Court first ruled ACMA was allowed to continue, but then several months later reversed its ruling after 2Day FM’s appeal, deciding ACMA couldn’t decide if the prank call was a criminal offense. ACMA then appealed that ruling, which is why the High Court took the matter up.

Thanks to the High Court ruling, ACMA can release its decision finding that 2Day FM’s prank call broke the law and issue any punishment, which can include revoking the station’s license.

ACMA pointed iMediaEthics to its press release statement on the ruling, declining to comment further.  The press release states: “This unanimous decision of the High Court means that the ACMA was empowered to make a finding that Today FM breached a condition of its licence by recording and subsequently broadcasting a prank telephone call to King Edward VII’s Hospital in London in December 2012.”

ACMA said it is going to publish its report on 2Day FM and decide “what sanctions may be appropriate.”

ACMA’s chairman Chris Chapman is quoted as saying that the ruling “is welcomed by the ACMA.”

In a statement published by The Australian, Saldaha’s family spokesperson Keith Vaz  called for ACMA to “throw the book” at the station with a “sufficiently severe” punishment, adding that the call was “illegal” and caused “severe harm.”

Vaz went on, according to The Australian. “This will serve as a warning to other radio stations that prank or hoax calls can be the cause of catastrophic consequences, distress, and certainly should never be broadcast without the consent of those targeted.”

2Day FM responded to the High Court ruling claiming “there is a serious defect in Australian broadcasting law.” 2 Day FM previously had complained that giving ACMA the power to revoke its license and decide the call was against the law allowed ACMA to be “policeman, prosecutor, judge, jury, prison warden and parole officer.”

After Saldanha’s 2012 death, 2Day FM suspended the two radio hosts and prank calls, canceled the pair’s show, deleted the prank call from its website and reviewed its practices, as iMediaEthics reported.