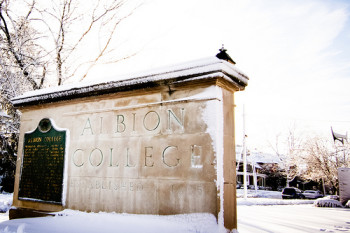 Much like naughty children being sent to their rooms, the ban on publication came after the online-only publication published an article that contained errors about a recently deceased student at a nearby private college, Alma College.

The article that prompted the ban was published Jan. 31 and was titled “Alma student disappears, found dead.”

According to a Bing Cache, the article reported on the discovery of the death of Alma freshman Sean Murawske, who had been missing for two days.

The original article included “some rumors without verification and a quote without the proper context,” according to College Media Matters.

iMediaEthics asked Alma College officials if they, or the family of the deceased student Murawske, complained about the story.

Mike Silverthorn, Director of Communications for Alma College, sent us the following statement:

“Alma College became aware of the Murawske family’s concerns when the original Pleiad story was posted, and we agreed with the concerns since the article contained unsubstantiated speculation regarding the circumstances of the student’s death. Even now, the police investigation is ongoing, and a cause of death has not been determined as the police are waiting for toxicology results.

What was wrong with the story

According to a statement from The Pleiad posted on Facebook, the story was a mess. On Jan. 31, it was first published –by accident — and then quickly unpublished, edited and re-published.

Diamond claimed in an e-mail to iMediaEthics that the first version of the story was “published inadvertently.”  When the newspaper found out, it took the story down, fact-checked and made changes, including deleting a rumor, which “was never intended to be published.”

Part of the belated fact-checking included “listening to audio recordings of quotes, in part to make sure they included enough context,” Diamond said.

Then, the newspaper republished the story. But, days later, on Feb. 2, the story was un-published yet again, this time by the school’s Dean of Students.

When the dean took the story down, she also put a “moratorium” on the newspaper, making it unable to publish anything. The shutdown ended this week, when the newspaper was given its publishing rights back after nine days.

Because school is private, it can take away publishing

During the shutdown of the newspaper, its editor Nick Diamond got in touch with the Student Press Law Center over the lack of “publication rights.” SPLC did communicate with members of the Pleiad‘ staff to “give some points on how to best make their own case,” its director Frank LoMonte confirmed to iMediaEthics by e-mail.

“Since there was not a First Amendment violation at a private institution, this was really more a matter to be worked out in the court of public opinion,” LoMonte wrote. He added:

“We certainly never think it is appropriate to discontinue an entire publication because of one mistake, especially one that the editors are able to diagnose and correct themselves. If professional publishers pulled their websites offline for days every time they made an error, they’d be out of business in a month.”

On Feb. 10, Diamond wrote on The Pleaid’s website that the newspaper was allowed to publish again.

The school’s John Thompson explained in an e-mail to SPLC why it agreed to let the newspaper have its rights to publish back.

He said, “After a review and development of some new operating procedures for the Pleiad, the college’s Media Board, which oversees student media, recommended to [Walker] that the moratorium end.”

iMediaEthics asked Diamond what those changes at The Pleiad include.

Many of those changes revolve around fact checking. For example, Diamond told iMediaEthics all studets will participate in “fact-checking workshops.” He explained:

“We have implemented several new steps to make sure this does not happen again.  There will be a new system of marking stories on our dashboard, and we will hold fact-checking workshops at the beginning of each semester for new and returning student journalists on staff.  All of our stories are now tagged at the bottom to direct any questions or concerns to our staff email.”

And now that the newspaper is allowed to publish again, will the story go up again?

“We are not republishing the story,” Diamond wrote.

iMediaEthics has written to Albion College for more information about its decision to block publication of The Pleiad.  We will update with any response.