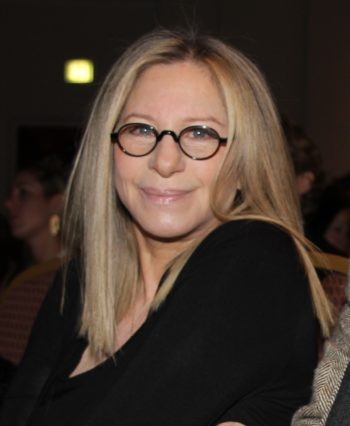 “Working on her memoir….she has become more agonizingly aware than ever of the misrepresentations in the many, many accounts of her life that already exist,” the Times reported.

So it is ironic that the Times made a few errors in its story. Appended to the end of the story, by chief theater critic Ben Brantley, is a 159-word correction addressing date, spelling and name errors.

Brantley told iMediaEthics by e-mail the errors “were not flagged by Ms. Streisand,”   and pointed to his Aug. 5 Times Insider article, which explains “attentive readers” pointed the errors out. “Two were typos and one was the result of brain-freeze,” he wrote, noting that there was also a photo caption error.

“I was mortified,” Brantley wrote.

(While the correction is dated Aug. 7, Brantley told iMediaEthics the online correction was posted Aug. 3. The article notes that it was published in print Aug. 7.)

For the record, the Aug. 7 correction reads:

“A cover article this weekend about Barbra Streisand’s efforts to define her legacy — including her determination to correct even the tiniest errors about her life — contains several errors. The article misstates the point in her career at which Ms. Streisand met Judy Garland, whose television show she visited in 1963. As the article correctly notes, Ms. Streisand is 74, so she was barely into her 20s at the time, not barely out of her 20s. The article also misstates the surname of the playwright of ‘Buyer & Cellar,’ a comedy about Ms. Streisand. He is Jonathan Tolines, not Tolin. In addition, the article refers incorrectly to Ms. Streisand’s personal collection of artwork. She does not in fact own a painting by James McNeill Whistler. And an accompanying picture caption misstates the year Ms. Streisand is shown directing the film ‘Prince of Tides,’ in which she also starred. The film was released in 1991; the image is not from 1994.”

Shockingly, the Times‘ correction isn’t even the longest of the past month. The UK Daily Telegraph had to publish a correction nearly 250 words long after a complaint to the UK press regulator the Independent Press Standards Organisation (IPSO).

A man named David Gordon complained about the Telegraph‘s April 14 obituary of his mother, former Parliament member Mildred Gordon. The paper first offered to publish a brief clarification but Gordon wasn’t satisfied. IPSO negotiated a lengthy correction that resolved the matter in the middle of July. The correction was published on the original web article and in the print obituaries section.

Gordon told iMediaEthics, “In truth, I was not satisfied with the way the Daily Telegraph dealt with the complaint and the way it was resolved.” He said he ended up compromising on some of his concerns in order to end the matter given that it was “difficult and sometimes impossible to provide documentary evidence that an event did not happen/take place.” And Gordon has special knowledge of the matter, gnve that the obituary was for his mother and that he is a research professor with considerable experience in tracking down research and evidence.

That correction, running to 244 words, fixes significant claims like her late husband was once Trotsky’s bodyguard and that she was deported from the United States. It reads:

“An earlier version of this article stated, inaccurately, that Mildred Gordon was deported from the United States and that she was survived by her husband Nils Dahl. Mr Dahl in fact died in 1996. He had not “once been” Trotsky’s bodyguard, as the article said; rather, he was once asked to be prepared to fulfill this role, but the opportunity to do so did not arise. Mildred Gordon joined the Labour Party in 1942 rather than gravitating to Labour in the 1950s as the article originally implied. She had disagreements with Ken Livingstone on a number of occasions and was not his ‘disciple’, as the article said. We apologise for these errors, which have been corrected. Her son, Professor David Gordon, has also asked us to record his belief  that Mrs Gordon came close in 1993 to winning a seat on the Shadow Cabinet for a range of reasons, including her strong campaigning work, and not because she was the “least credible figure” that Labour MPs “could vote for to embarrass the leadership”. We are further content to clarify that the obituary’s claim that Mildred Gordon wrote in a 1990 New Year’s message about “the Thatcher government’s continuing attempts to literally grind the faces of the poor” was drawn from a 1990 Telegraph news item quoting a contemporary Labour party publication, not from the actual publication itself. Whether the words attributed to Mrs Gordon were in fact written by her, or published, is unknown.”