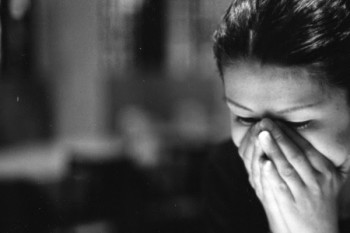 The UK Telegraph is under fire for a front-page report, “Publisher of the Times starts internal inquiry into suicides of ‘overworked’ advertising staff.”

The Telegraph‘s story claimed two News UK staffers died by suicide because of pressures put on them by the company.

iMediaEthics asked the Telegraph for comment about its article and the criticism of it. A spokesperson for the newspaper sent this statement:

“We have already responded to the unfounded allegations made about the Telegraph earlier this week. We are now putting in place guidelines on how our editorial and commercial departments should work within a modern multi-media environment. This is an important step for the industry as a whole as stories about a number of different publishers which we have highlighted have made clear.”

The Feb. 20 article stated  “News UK, the publisher of The Times and The Sun, has launched an internal investigation after two members of its commercial department took their own lives within weeks of one another amid fears that staff are being put under unreasonable pressure to hit targets.” See the front-page story below, via Press Reader.

The Sunday Times argued the Telegraph article was “retaliation against rival newspapers.”

Likewise, Press Gazette also suggested it was “tit-for-tat response” from the Telegraph to the Times’ critical coverage of it for its coverage of HSBC, especially in the wake of its chief political correspondent Peter Oborne’s high-profile public resignation and accusations the newspaper let advertisers influence editorial.

In addition to the Times suicide report, the Telegraph also criticized the Guardian and accused it of changing a headline so it wouldn’t be “offending Apple,” an advertiser.

“Both of the Telegraph articles in question appeared without bylines and neither allow readers to comment online,” the Press Gazette noted. BuzzFeed said that it knows the name of the reporter responsible for the article but wasn’t going to publish it because its sources indicated the journalist was forced to write the article. BuzzFeed reported:

“BuzzFeed News is aware of the name of the individual journalist who wrote the piece but has at this stage chosen not to publish it. Several Telegraph journalists claimed the individual involved may have been put under pressure to produce the article by the newspaper’s executives.”

The Telegraph has been heavily criticized by readers and journalists.

The UK Observer editorialized: “It is a message so crude, so utterly lacking in compassion or common sense, that any fellow feeling for the Telegraph in its hour of distress and opprobrium falls away. ”

Disgusting low from the Telegraph: use the death of News UK employees as part of its HSBC panic http://t.co/Hs1FZtb59P

Just seen that the Telegraph put their despicable story on the front page. A paper being run by the woefully inadequate.

.@MMacLennanTMG come on, Murdoch. If you guys can take down HSBC stories you can take down this, too http://t.co/1joaFOvF1a
— alan rusbridger (@arusbridger) February 21, 2015

Struggling to think of any paper in recent times running something as desperate as this @Telegraph http://t.co/1joaFOvF1a

Telegraph hit on the Guardian was laughably pathetic. Their attack on the Times using suicide is unforgivable and immoral
— Stuart Millar (@stuartmillar159) February 20, 2015

@AndrewHaigh and goes completely against accepted media guidelines on the reporting of suicide, ie, suggesting single root cause. So low.