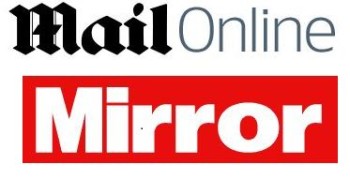 The Daily Mail and Daily Mirror were fined last week for contempt of court resulting from their reporting on the person convicted of teenager Milly Dowler’s murder, the Guardian reported.

Levi Bellfield was convicted in 2011 of the 13-year-old’s kidnap and murder.  Shortly after the Guardian revealed that News of the World hacked Dowler’s phone after she went missing but before she was discovered as dead, News International shut down the newspaper, as iMediaEthics has written.

Bellfield was also accused of trying to kidnap another girl, Rachel Cowles, but the judge “discharged the jury which was still considering the attempted abduction of Rachel Cowles on the grounds of adverse publicity and referred the matter to the Attorney General,” senior press officer Russell Hayes, from the attorney general’s office, told iMediaEthics last year.

UK attorney general Dominic Grieve charged the newspapers with contempt last November as iMediaEthics wrote at the time, and this month, the UK High Court fined them £10,000, the BBC explained. The Guardian added that they also must “pay £25,000 apiece in costs.”

The Guardian explained that the Mirror and Mail’s stories “contained background information about Bellfield, which the high court said went far beyond what the jury had been told in court.”  Both newspapers defended their reporting, the BBC noted.  One of the judges, Sir John Thomas, found that “both newspapers went further than what was permitted” in their reporting.  He added, according to the BBC:

“We have little doubt that they should have appreciated the risk under the strict liability rule at the particularly sensitive point in time at which the decision was made to publish.

“However, we can conclude that this was a case where there was an error of judgment through a failure to properly analyse the articles – an analysis which was nonetheless essential at that point in time.”

The UK Independent noted that “the fines…were significantly lower than other high-profile contempt cases” like the 2002 £175,000  fine against the Sunday Mirror and the £50,000 fine against the Daily Mirror.

In its own report on the fine, the Daily Mail wrote that

“There were a number of mitigating factors, including the fact that a senior Mail news executive had telephoned the Crown Prosecution Service for guidance before publication.”

iMediaEthics wrote to the attorney general office asking if these “mitigating factors” may have affected the fine. Susan Givens, the Attorney General’s Office’s Head of Press and Communications, told iMediaEthics by email that

“In conducting a sentencing exercise, the Court will have had regard to the circumstances of the case, previous fines imposed in cases of contempt and any aggravating and mitigating factors. Each set of circumstances is of course unique.

“The mitigating factors as reported in this case are dealt with in the judgment.”

iMediaEthics also asked if the attorney general was satisfied with the ruling and fine in this case.   Givens responded to iMediaEthics that

“The Attorney General’s Office is content with the outcome of this case. Here is a press notice issued at the time of the guilty verdict; we have no further comments to add to this.”

In that press release, Attorney General Grieve is quoted as saying:

“This case shows why the media must comply with the Contempt of Court Act. It is unfortunate that the deluge of media coverage following the Milly Dowler verdict, not only by these papers but also other media outlets, led to the judge discharging the jury before they had completed their deliberations on a charge of attempted kidnap, ultimately depriving Rachel Cowles of a verdict in her case.

“This prosecution is a reminder to the press that whilst the jury is still to reach a verdict on all counts of the indictment the Contempt of Court Act applies.”

Givens also provided links to both the Oct. 16 “penalty hearing,” which she noted “the release of … was delayed for a few days because of reporting restrictions requested by MGN in connection with another case,” and the “original verdict.”

iMediaEthics also asked about any other pending contempt of court cases that are ongoing.  Givens wrote that “there are always a few being investigated or considered at any given time although not all are pursued.”

According to Givens, “The only ones currently going forward through the courts are two in respect of jurors, rather than media organisations. ”