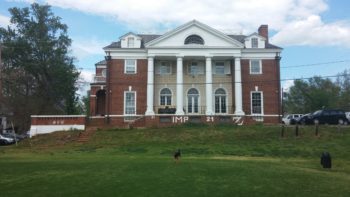 George Elias IV, Stephen Hadford and Ross Fowler, three now-graduated University of Virginia Phi Kappa Psi fraternity members, had their their libel lawsuit against Rolling Stone dismissed. The three were suing the magazine over its roundly debunked “A Rape on Campus” 2014 report by Sabrina Rubin Erderly.

iMediaEthics has written to Rolling Stone and left a voicemail for the trio’s lawyer for responses to the dismissal.

Last summer, the three fraternity brothers sued Rolling Stone, as iMediaEthics reported, alleging libel and negligent infliction of emotional distress. After the article was published, Rolling Stone apologized for not contacting the accused and later retracted the article after serious questions were raised about the claims that the student “Jackie” was gang-raped at a Phi Kappa Psi party.

U.S. District Judge P. Kevin Castel found there was no link between the three and the “Rape on Campus” story, according to the Associated Press. The article didn’t name or describe them, he said.

“The article’s details about the attackers are too vague and remote from the plaintiffs’ circumstances to be ‘of and concerning’ them,” Castel wrote, according to The Hollywood Reporter. “While the statements may portray Phi Kappa Psi in a negative light, they do not expressly or implicitly state that the fraternity required all initiates to participate in a rape, or impute any knowledge of such a requirement to the plaintiffs. They therefore fail to state a claim of small-group defamation.”

“In the plaintiffs’ own words, ‘any apparent connection between the plaintiffs and the allegations is an (unfortunate) coincidence,’” Castel added, Reuters reported.

Rolling Stone is still being sued by UVA associate dean of students Nicole Eramo and the UVA chapter of Phi Kappa Psi.