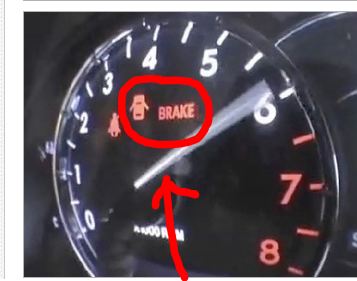 The car in the ABC News "test" was supposedly out of control...but not really. Sharp-eyed commenters noted, the dashboard dial edited into the exciting sequence showed the true facts-- the car doors were open and the hand brake was on!

Just as in print stories, images and videos that are broadcast on television are subject to editing. And, just as manipulating a quote in a print story to make it appear more exciting can deceive readers, televised images, audio or video that are edited to stage a better story can mislead viewers.

In a March 5 post, John Cook showed how a video featuring ABC News’ Brian Ross was spliced together to footage that simulates what they say actually happened but was not labeled “re-creation.”  Cook writes,

Ross paid a visit to David Gilbert, a professor of automotive technology at Southern Illinois University who claims to have diagnosed a Toyota design flaw and found a way to reliably recreate uncommanded acceleration in its cars. To prove it, he let Ross drive around a car he’d rigged to suffer from the defect, and sure enough, it took off without warning! Scary.

“Look out, I’m gonna crash!” is the dramatic feeling viewers got. Great TV, but whoops! Sharp-eyed commenters noted, the dashboard dial edited into the exciting sequence showed the true facts– the car doors were open and the hand brake was on!

As a result of Gawker’s reporting, ABC pledged to fix the video. Later, however, Cook updated his reporting, writing that ABC, in trying to fix the problem had just made the same mistake over again. They spliced in different accelerometer footage, but this time from a different test of the car, and still with gauge indicating that the car’s parking brake was on (see images in Cook’s post for details).

Why is this an issue of ethics?

As Gawker writes, Cook wasn’t questioning that the test took place, or that the car accelerated in the test. Rather, the issue is that using footage from a parked car to make viewers believe the car is moving for dramatic effect is deceptive, and thus ethically problematic. This footage should have been clearly labeled a news “dramatization.”

Viewers expect and deserve such a truthful disclosure.

According to Gawker, ABC News spokesman Jeffrey Schneider told them Ross conducted “six or seven” tests of the car and that “The tachometer was surging during each test we did, and the video is an accurate portrayal of what happened in the car to the tachometer.”

That may be true, but where is the actual footage?

Even though the video might be an accurate portrayal, it isn’t an actual video of the full test as it was falsely presented. At least two different tests are spliced together. In the case of the first edit, the video with the clip of a rapidly accelerating dial was not what the car’s dial actually looked like while the car was in motion.

The second edit, unfortunately, repeats the same error as the first, and therefore, does not cure the problem or more importantly, re-install trust from disillusioned viewers.

Check out Gawker’s full post on the video here.

We have invited ABC News to comment and will update with any response.