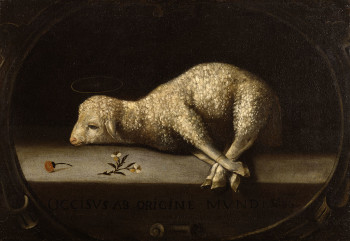 Did CNN defame a Florida doctor and make him look like “a callous, incompetent, and dishonest surgeon motivated to perform surgeries he was not qualified to perform in order to profit financially”?

Dr. Michael Black, pediatric cardiac surgery medical director for St. Mary’s Medical Center in West Palm Beach, certainly believes so. He is, in fact, suing CNN over its reporting on him and St. Mary’s Medical Center. He alleges CNN wanted to make him look bad and that the network wrongly claimed the center’s mortality rate was triple the national average.

“The preconceived goal of the June 1, 2015 article and video report was to manufacture an outrageous, headline-grabbing story about an incompetent, dishonest, and inexperienced doctor leading a surgical program in crisis and recklessly operating on young children to profit at the expense of those children’s lives,” the lawsuit alleges.

“Dr. Black has performed thousands of successful operations on neonates’ and infants’ hearts,” the 211-page lawsuit claims. It goes on to complain that CNN featured only stories of babies who died instead of the babies Black helped. Black was also upset that CNN put his photograph next to the headline: “Babies as sacrificial lambs.”

Black says that the medical center alerted CNN to its complaints of inaccuracy about the mortality rate three months prior to publication and provided the 5.3% statistic, as well as other concerns about errors, about a week before the June 1 report aired.

The lawsuit also complains about an on-camera early-morning “ambush” of the CEO of St. Mary’s Medical Center at his home. It noted the Florida agency for Health Care Administration complained to CNN about its “sensationalized reporting” and pointed out that the medical center’s owner asked for a retraction after publication.

A CNN spokesperson told iMediaEthics by e-mail, “We intend to fight this in the courts.  We will fight hard in defense of our reporting and we expect to prevail.”

Black’s lawsuit has been filed against CNN, Anderson Cooper, CNN Health supervising producer John Bonifield and CNN Newsdesk Editor Dana Ford. He is also suing one of CNN’s sources, Kelly Robinson, whose son had a heart surgery at a different hospital. The lawsuit claims she “launched a sustained effort to malign and oppose the success of Dr. Black and the St. Mary’s Program.”

UPDATE: 2/22/2016 10 PM EST In a press release sent to iMediaEthics by one of Black’s lawyers, Libby Locke, Locke is quoted as saying:

“Dr. Black’s complaint clearly demonstrates the lengths to which CNN and its reporters are willing to go to grab headlines and promote their ‘Empowered Patient’ brand.

“CNN recklessly — and repeatedly — ignored information demonstrating the absolute falsity of their claims about Dr. Black and the surgical program healed, and deliberately manipulated statistics to fit their predetermined conclusion about the quality of care provided by Dr. Black and St. Mary’s.”

“Dr. Black has devoted his entire life and career to helping some of society’s sickest and most vulnerable children, and he took great pains to ensure that the program he led at St. Mary’s was first-rate. Dr. Black looks forward to vindicating his reputation in court.”