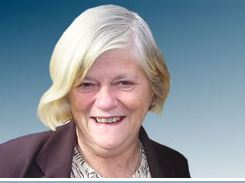 In 2005, “Ed Matts, the Tory candidate for Dorset South, hoped a photo of him and popular former minster Ann Widdecombe holding signs calling for tighter immigration controls” would win votes in the 2005 general election.

” But the plan backfired when it emerged that he had doctored the messages on the signs for his election literature, and that in the original photo the pair were actually holding placards calling for a family of failed asylum seekers to be allowed to stay in Britain.”

How the Guardian decides to call an attack 'terrorism'
OK to say man 'hijacked' stage to try for a viral wedding proposal, regulator says

WashPost: Felicia Sonmez's tweets about Kobe Bryant 'ill-timed' but not breach of social media p...
Why CBC says documentary on Trial co-produced by lawyer's daughter not conflict of interest