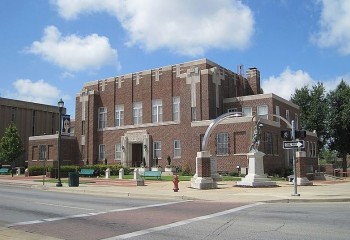 An Arkansas TV reporter was found in contempt of court for tweeting during a murder trial, the Northwest Arkansas Democrat Gazette reported.

His punishment? He is to do a news report within 30 days about child safety.

KFSM’s managing editor Larry Henry tweeted May 20 the verdict of a local murder trial from the courtroom, breaking court guidelines against tweeting from court, according to the Democrat Gazette.

However, the station’s news director Bill Cummings told iMediaEthics by e-mail denied it was part of a “quid pro quo” and instead the station’s offer as part of an apology for an unintentional contempt violation. He wrote:

“KSFM did not, nor would we ever, relinquish control over our content or editorial process.   In this case we did acknowledge that Mr. Henry unintentionally violated Judge Karren’s rules regarding tweeting in his courtroom.  In additional to apologizing to the court, we deemed it appropriate to take a positive step and offer to do a story on children’s advocacy — a topic we have covered many times on 5NEWS.   There was never any discussion with the court on content of that story nor was there any quid pro quo to avoid a fine or other action.

Below see some of Henry’s tweets about the case, including the May 20 tweet: “BREAKING Zachary Holly guilty of capital murder in 6-year-old Jersey Bridgeman’s death” and other tweets about the verdict.

Court in recess in Holly murder trial until 2:30 p.m., then sentencing phase starts. Holly guilty of capital murder, can get death.

Zachary Holly stood and faced the jury as Judge Karren read the guilty verdicts. He showed no emotion. Jury about to return for sentencing.

“Karren issued an order before the trial stated that all cellphones, cameras and recording devices in the courtroom must be turned off during all proceedings in the case,” the Democrat Gazette reported. “Danny Monjure, Karren’s bailiff, said Tuesday the judge also made a point of saying he wouldn’t allow any tweeting or text messaging about the case from the courtroom.”