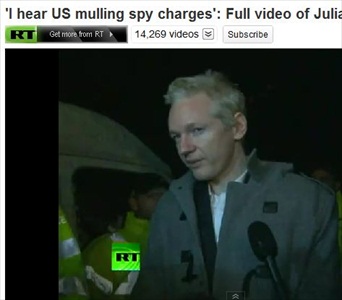 However, Journalism.co.uk reported that a spokesperson for McClelland stated to Agence France-Presse that his office wasn’t intending to prosecute Julian Assange.  The Telegraph explained that McClelland doesn’t intend to prosecute because Assange doesn’t “operate in Australia.”