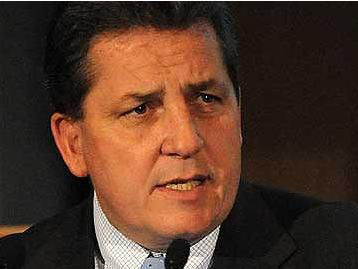 A journalist attended a conference the media had initially been invited to and heard a political figure speaking frankly about issues.

When the journalist went to interview the minister after the conference, he discovered that, at the last minute, the conference had been closed to the media, and he was told it would be unethical to report what he had learned.

Should the journalist report the comments?

An Australian journalist, Matt De Groot, was in that situation July 14.  He showed up late to a conference at the University of New South Wales and heard Immigration Minister Chris Evans “telling a conference of experts…that the boat people issue was ‘killing the government’ and that ‘his greatest failure’ was being unable to ‘lead an informed community debate on asylum seekers’,” Dr. Leslie Canold reported for the Australian Broadcasting Company July 16.

The Australian reported July 15 that Evans hasn’t denied any of De Groot’s story.

Derek Barry, self-described as a journalist for Queensland bi-weekly publication The Western Star, wrote on his blog “Woolly Days” July 15 that the conference “was publicly advertised and listed on wire agency AAP’s diary with television cameras invited to capture his latest comments on the debate over asylum seekers,” but that Evans decided to close the conference and instead held a “quick media ‘doorstop,'” where he answered questions before entering the conference.

Barry wrote that while De Groot may have caught some heat for publishing the comments, “it was Evans who was mostly damned today.”

Canold wrote for the Australian Broadcasting Company that De Groot shouldn’t have reported the comments because the minister thought he was in a closed door conference “covered by the well-known academic convention known as the Chatham House rule.”

“The rule, which dates back to 1927, encourages openness and the sharing of information by granting anonymity to speakers in an on-the-record discussion,” Canold wrote.  “Participants in a meeting held under the rule are free to use the information received, but may not reveal either the identity or the affiliation of the speaker.”

De Groot said an aide for the minister tried to persuade him not to publish what he heard, Canold reported.  De Groot, who Canold said she spoke with, said that he didn’t know about the Chatham House rule, and that Evans’ media advisor didn’t tell him “he would be doing the wrong thing and breaking the rules of the conference by reporting the Senator’s remarks.”

“I didn’t get the impression that what I was doing was wrong. Just inconvenient,” De Groot is quoted as saying.

But, Canold wrote that others in attendance at the conference (who she doesn’t name) said that Evans’ advisor “repeatedly explained that the conference had been redesignated as closed and off-the-record.”

Canold wrote that while the 28-year-old De Groot is young, his editors “don’t have the same excuse,” and suggested that De Groot’s report hurt “the integrity” of such conferences.