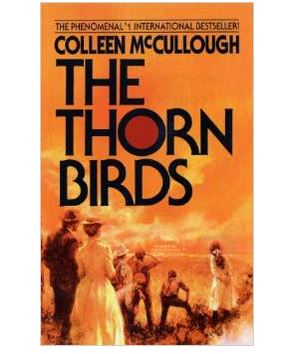 Famous and now-deceased Australian author Colleen McCullough was described as “plain of feature, and certainly overweight” in her obituary in The Australian newspaper.

And now The Australian is facing accusations of sexism, the Huffington Post reported.

The obituary for McCullough, author of the bestselling novel The Thorn Birds, also called her “ingenuous” and ‘the supreme egoist,” and quoted her as saying “I’ve never been into clothes or figure and the interesting thing is I never had any trouble attracting men.”

That obituary sharply contrasted with other news outlets’ reports on her death, the Huffington Post reported.

Australian media site Crikey reported that its anonymous sources said  the obituary was written “someyears ago by a male obituary writer who has since passed away himself.”

People are mocking the poor obituary with #fatladyobit and #myozobituary on Twitter, NBC News and Australia’s 9 News reported. Below see the tweets:

iMediaEthics has contacted News Corp. Australia, the parent company for The Australian, and McCullough’s publisher for comment.

Fox News published an AP story about the obituary, but the link now goes to an error page. iMediaEthics viewed it Jan. 31 through a Google cache.

While it could just be a technical error, since Fox News and The Australian are owned by the same parent company, Rupert Murdoch’s News Corp., the now-missing story on criticism of The Australian is curious.

iMediaEthics has checked with Fox News to see if the story was removed because it criticized a sister news outlet. We’ll update with any response.