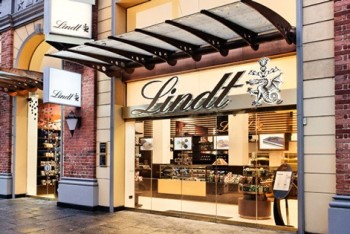 One of the Lindt cafes in Australia (Image via Groupon)

The Australia Press Council didn’t slam the media for its coverage of the Sydney Lindt cafe siege.

Those inaccurate reports were based off of a simple statement that council chair Julian Disney made on Dec. 16. Disney said,

“Much of the coverage has been excellent and has not hesitated to tell painful truths when necessary. But there have been some deeply regrettable errors and exaggerations, spreading dangerous misinformation without any reasonable basis. This type of material can be a serious risk to public safety, as well as causing an unjustified level of fear and distrust across the community.”

After the wrong reporting, Disney released another statement  concerning his earlier statement: “While expressing concern about some errors and exaggerations, it did not criticise any particular material or publication and was not based on any particular complaint to the Council.”

iMediaEthics asked the press council for more information but was directed toward its public statements on its website, cited below.

Disney sent The Australian a letter to the editor calling for a correction.

“Your article about the Press Council this morning misrepresents my public statement on Tuesday about the Martin Place hostage incident,” Disney wrote. “The statement did not express a negative assessment of the general media coverage of the incident. Indeed it said, ‘Much of the coverage has bee excellent and has not hesitated to tell painful truths when necessary.'”

Disney also sent a statement to The Australian‘s legal affairs editor Chris Merritt pointing out that his comments about the coverage “referred to media in general, not to any particular media, publisher or publication.”

Crikey has since published a correction reading:

“Correction: An earlier version of this brief said the Press Council “condemned” the coverage of the Sydney Lindt cafe siege. This was not accurate. As a Press Council spokesman told Crikey today, the council’s media release “does not make a negative comment about the overall media coverage of the incident, and in particular it does not ‘condemn’ that coverage. The media release also does not ‘criticise’ any ‘media frenzy’ or ‘rampant speculation’.” The brief above has been amended.”

Disney had sent Crikey a complaint about “a number of seriously inaccurate statements” about his remarks on the hostage situation. “The media release does not make a negative comment about the overall media coverage of the incident and, in particular, it does not ‘condemn’ that coverage,” Disney wrote. “The media release also does not ‘criticise’ any ‘media frenzy’ or ‘rampant speculation.’ It does not refer to or imply any criticism of coverage of the hostage taker’s ‘motivations.'”

iMediaEthics is writing to The Australian and Crikey for comment.