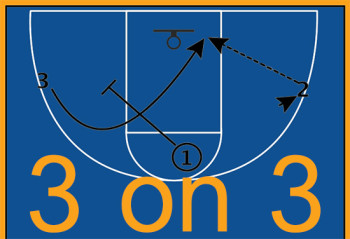 Deadspin was duped by a satirical story claiming that the 2016 Olympics would have 3-on-3 basketball.

The fake claims came from a satire article on the site The Betoota Advocate.

Deadspin posted an update atop its article this week reflecting that its report was inaccurate after being based on the fake Advocate story. The update reads:

“Update: Nah, this isn’t happening. I wrote a post based on a satire website, which is just about the dumbest way to f**k up. Sorry. F**k me. Woulda been cool though. Original post below.”

The Betoota Advocate‘s website “about us” feature does not disclose that it is a satire site, iMediaEthics notes. It identifies itself as “a small and independent regional newspaper…reporting fair and just news.”  However, other articles on the site suggest the site is fake.  Headlines include:

iMediaEthics wrote to the Betoota Advocate for comment about Deadspin being duped and to ask why the site isn’t labeled satire.

Someone identified as Clancy Overell responded, “I am not sure if you have done your research on us or not, but we are essentially everything you imagine us to be.”  Overell added,  “We are here to aid people like you in deciphering the slack and lazy efforts of ‘Churnalism’ around the world.  Call it what you will.”

Australia Broadcasting Corp.’s media watchdog program Media Watch reported last year that the town of Betoota, where the newspaper is allegedly based, doesn’t have any residents, much less a newspaper.

“No one has lived in Betoota since 2004 when the town’s sole resident for 51 years, a Polish immigrant called Sigmund Remienko, sadly passed away at the age of 89,” Media Watch reported.

“The Betoota Advocate is a satirical website, run by a couple of unemployed Sydney journalism graduates with a talent for entertainment,” it added.