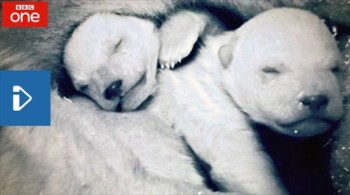 The seven-part television series Frozen Planet aired deceptive footage in its fifth installment, the Guardian reported.  According to the Guardian, while viewers were led to believe the footage they were seeing of newborn polar bears was from the Arctic, it really was from a “wildlife centre in the Netherlands rather than in the Arctic.”

The Daily Mirror published a Dec. 13 editorial on the deceptive footage, in which the Mirror opined that the BBC should be more proactive in following standards and ethics, and argued that “The national broadcaster’s quick on the draw when it comes to pointing fingers at others.” The Mirror also noted that the polar bear zoo footage featured fake snow.   “Mixing real Arctic shots with zoo scenes, documentary makers fooled the audience into believing the footage was gathered by intrepid cameramen in the brutal sub-zero wilderness,” the Mirror explained.

The Guardian explained that the program showed a polar bear in the Arctic and then a polar bear “inside a den” while the show’s host indicates to viewers that the polar bears are “on lee-side slopes.”  However, the BBC defended its program and noted the narration was “very general.”  A spokesperson argued “The commentary accompanying the sequence is carefully worded so it doesn’t mislead the audience and the way the footage was captured is clearly explained on the programme website.”

BBC Trust chairman Lord Patten said 32 complaints have been filed over the footage, according to the Guardian.  He claimed that if the network hadn’t used footage of the polar bears in the Netherlands, they would have had to show “dead bears or dead people with cameras.”

Similarly,  the program’s producer Kathryn Jeffs defended the Netherlands footage, according to the Guardian:  “It would just be completely impractical. Even if we could, you wouldn’t want to disturb the polar bears by getting that close. This wasn’t part of the story that we could leave out of Frozen Planet, so there really was only one way we could approach it.”

In a BBC report, a network spokesperson said it was “totally impossible” to film in the wild because of timing, locations that are hard to find, and that bears would leave the den.

As the Guardian noted, The BBC’s editorial guidelines for “Recording the Natural World” read:

“In cases where it is impractical, unsafe or a danger to the animal to film certain behaviour in the wild, it can be editorially and ethically justified to use captive animals to portray what might happen. But we must never claim that such sequences were shot in the actual location depicted in the film.”

The BBC noted that the behind-the-scenes footage, a four-minute program that discloses the wildlife center footage, was published online before the episode aired.  The Discovery Channel’s Laurie Goldberg told iMediaEthics that the network has “no comment” concerning the criticism of the footage.