420 Complaints over BBC Interview, but no Investigation by Regulator 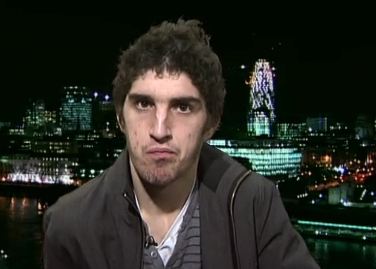 Despite the high number of complaints, the regulator, Ofcom, reportedly opted against looking into the interview of Jody McIntyre by Ben Brown on BBC News Dec. 13.  Ofcom is an “independent regulator and competition authority for the UK communications industries.”

Viewers reportedly complained that Brown “was too challenging in his interview, in particular when he asked McIntyre whether he had rolled towards the police in his wheelchair.”

According to Journalism.co.uk, the BBC stated there were a “considerable number of complaints” over the interview.

According to Digital Spy, Brown asked McIntyre if he had been “‘wheeling’ himself toward police during the protest.”

“I can’t physically use my wheelchair myself. My brother was pushing me. I think it was quite obvious from the footage that I was 100% not a threat to anyone…”

“Do you really think a person with cerebral palsy in a wheelchair can pose a threat to a police officer who is armed with weapons?””

However, BBC News’ controller, Kevin Bakhurst, reportedly stood by the interview when it aired.

Bakhurst is quoted as saying:

“I have reviewed the interview a few times and I would suggest that we interviewed Mr McIntyre in the same way that we would have questioned any other interviewee in the same circumstances: it was quite a long interview and Mr McIntyre was given several minutes of airtime to make a range of points, which he did forcefully; Ben challenged him politely but robustly on his assert.”

“People have said the interview was particularly aggressive towards a student.

“There were accusations of bias but we referred these to the BBC. Ofcom will not be investigating because we do not believe there has been a breach of the Broadcasting Code.”

iMediaEthics previously wrote about McIntyre in mid-December when more than 500 readers complained to the Press Complaints Commission about a Daily Mail column comparing McIntyre to a character on a sketch comedy show.

iMediaEthics is writing to Ofcom and McIntyre for comment.