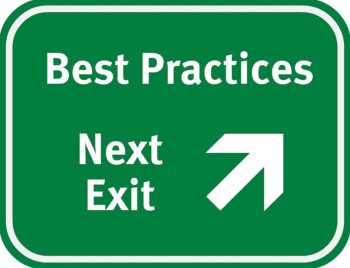 The Toronto Star took down a photo of two homeless men after complaints that it was insensitive to the homeless. The face of one of the two men was partially visible, Toronto Star public editor Kathy English said.

The May 8 opinion article, “Proper Housing is a crucial health issue,” was accompanied by a 2014 unpublished photo the Star had in its archives. “It was selected for publication this week as a generic image of ‘homelessness’ to illustrate the physicians’ op-ed arguing that secure and affordable housing is crucial to maintaining and improving health and well-being,” English explained.

A prominent Toronto advocate for the homeless, Cathy Crowe, complained to the Star about the photo, asking, “Where are the journalistic ethics” in publishing a photo of two vulnerable people “clearly not having been able to give consent for photography.”

Crowe told iMediaEthics she is “mostly satisfied” with the way the Star handled her complaint and called for “some form of protocol for both writing about and depicting vulnerability, in this case homelessness.”

“I do think sensitivity training and anti-discrimination training is needed and I predict that without it there will be an ongoing cycle of unethical treatment of the issue,” Crowe told iMediaEthics.

English noted, “It is perfectly legal in Ontario to take pictures of people lying in the streets…without seeking consent.” However, “this is less a question of the law than of ethical considerations.”

“While I believe the Star must show you the reality of poverty and homelessness on our streets, the human dignity of those involved matters,” English commented, agreeing with Crowe’s suggestion the Star create standards for images of vulnerable people.

The Star should be careful using photos of vulnerable people if they are identified in the photo, English wrote, arguing:

“While obtaining consent to take such photos may not be feasible, past versions of the Star’s standards guide stipulated that the Star should give careful consideration before publishing any images ‘that would serve to label individuals, especially children, as poor. Such portrayals can have a stigmatizing effect.'”

“I don’t know when that fell away but it would seem to be a principle worth considering in selecting images of the homeless and other vulnerable people for publication when the subject might be identifiable and has not consented to be photographed.”

iMediaEthics asked Crowe how, from her position as an advocate, she suggests journalists cover the homeless and vulnerable. She suggested:

iMediaEthics’ take? News outlets should always strive to obtain information from the main subjects of photos. If a news outlet is legally allowed to take a photo but unable to secure information or consent from a victim or vulnerable subject, blurring identifying information or cropping or taking the photo from an angle where the person is not identifiable is the ethical step. Editors should ask themselves in their decision process: What if this news photo depicted my spouse, mother or friend?

iMediaEthics has previously argued it is important for photojournalists to seek the names of those included in their photographs. This does not just humanize a story, but it is used for verification and context.

iMediaEthics’s case study on the 2007 assassination of Benazir Bhutto addressed how, at that time, foreigners who were victims, in contrast to American victims, were shown in grizzly news photos. The Bhutto news photos showed not just Pakistanis severely injured or dead but in a blood slick of detached limbs and torsos.  iMediaEthics tracked down one unidentified man featured throughout the coverage of Bhutto’s murder scene, who we nicknamed Brown Jacket Man, to ask if anyone asked for his name. He said no. iMediaEthics criticized that no one bothered to ask for his name or fact check who he was despite photographing him for almost one hour.