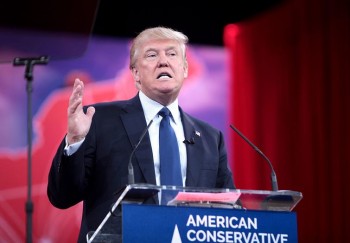 Breitbart, the conservative news aggregation website, denies it has taken any cash from Donald Trump after several staffers claimed there was a financial relationship.

Coppins said that four anonymous sources told him “editors and writers at the outlet have privately complained since at least last year” about Trump having influence at Breitbart. He quoted an anonymous “current editor” who said an executive told him Breitbart and Trump had a “financial arrangement.” He went on:

“A second Breitbart staffer said he had heard a similar description of the site’s relationship with the billionaire but didn’t know the details; and a third source at the company said he knew of several instances when managers had overruled editors at Trump’s behest. Additionally, a conservative communications operative who works closely with Breitbart described conversations in which ‘multiple writers and editors’ said Trump was paying for the ability to shape coverage, and added that one staffer claimed to have seen documentation of the ‘pay for play.’

“All four sources spoke on condition of anonymity so as not to jeopardize their jobs; and none knew exactly how Trump’s alleged arrangement with the privately held company worked.”

Breitbart, however, denied the claims with its executive chairman Steve Bannon saying “We have no financial relationship with Donald Trump as an investor, advertiser or in any other capacity at this time — nor have we ever.”

Bannon went on, “The insinuation that we do — or did — is a lie. Mr. Trump is a savvy and successful businessman but not the type of investor I partner with in emerging growth companies.”

BuzzFeed noted that “Trump’s personal financial disclosure form does not indicate an ownership stake in Breitbart, suggesting that any financial support he may have given to the site did not grant him equity in the company.”

Bannon noted that Trump’s campaign hasn’t run ads on Breitbart and that “our reporters and editors regularly communicate with [Trump] and his staff just like they do with all the other campaigns for presidency.”

Likewise, Roger Stone, who left the Trump campaign as political adviser this weekend, told the Daily Beast the claims were “totally false.”

“Trump has never paid for any kind of media coverage, online, or otherwise — at least as far as I know,”Stone added, calling Coppins not “credible.”