Bribery Re-Trial for Andy Coulson, Clive Goodman, Accused of Pay-Offs to Police for Info on Royals 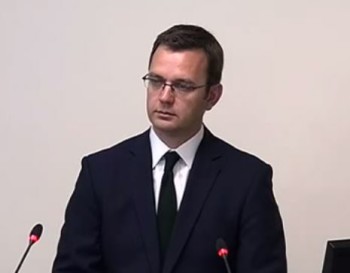 Andy Coulson and Clive Goodman will be re-tried for two counts of bribery related to the phone hacking scandal in the UK.

The bribery charges stem from accusations Coulson and Goodman tried to pay police officers for information about Royals in a “royal telephone directories,” according to the BBC.

As iMediaEthics previously reported, last week, Coulson was convicted of conspiracy to hack phones. The maximum sentence is two years in jail, the Telegraph reported.

He was a former News of the World editor who later served as Prime Minister David Cameron’s communications director. Coulson resigned from that position in 2011. After the verdict, Cameron apologized for hiring Coulson

The jury hadn’t decided verdicts on all the charges against him.

However the jury “failed to reach a verdict on two counts of bribery each against Mr Coulson and Clive Goodman,” the Wall Street Journal reported. iMediaEthics has written to the Crown Prosecution Service to ask what the maximum sentence is for those charges.

UPDATE: 7/1/2014 11:27 AM EST: Michael Healy, a press officer for the Crown Prosecution Service, told iMediaEthics by e-mail more information about the charges against Coulson and Goodman.

The technical charge against Coulson and Goodman for the bribery accusations is “conspiracy to commit misconduct in public office,” he said. (Bribery would be a more conversational way to refer to what they are accused of, iMediaEthics notes, as they are accused of paying officials for information.)

“As this is a common law offence (ie there is no statute prescribing a maximum sentence) then the maximum possible sentence is life imprisonment,” he wrote.

Regarding a re-trial start date, Healy wrote: “There is no date set at the moment, nor has one been suggested just yet. “

Bribery Re-Trial for Andy Coulson, Clive Goodman, Accused of Pay-Offs to Police for Info on Royals