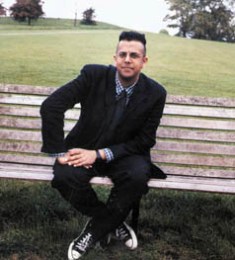 An appeals court ruled that Simon Singh, who has been sued for criticisms of medical treatments, can use a fair comment defense. Photo from his personal Web site.

A British appeals court has ruled that the courts shouldn’t settle scientific disputes.  The court ruled in favor of writer Simon Singh, who was sued by the British Chiropractors Association after writing that chiropractors were giving “bogus” treatments in a 2008 commentary piece for The Guardian, The Irish Times reported.

As Allen Green blogged on his Jack of Kent site, “It is a stunning judgment, quoting Milton and expressly adopting a US legal maxim that: ‘Scientific controversies must be settled by the methods of science rather than by the methods of litigation’.”

Singh can defend his article as fair comment now.  According a 2009 piece in The Guardian, Singh “wrote a piece for the Comment pages of the Guardian last year in which he criticised the association for supporting members who claim that chiropractic treatments – which involve manipulation of the spine – can treat children’s colic, sleeping and feeding problems, frequent ear infections, asthma and prolonged crying.”

The Guardian has removed the article from its Web site.  An edited version of the article is posted on the New Humanist Web site.

As The Irish Times reported, an earlier high court decision by Justice Eady “provoked a campaign, ‘Sense About Science,’ led by scientists and celebrities such as Stephen Fry, all of whom warned that scientific debate would be stifled if Singh lost.”

StinkyJournalism wrote about Eady’s ruling in October,  “Justice Eady’s ruling would likely have made it impossible for him to argue his statement was true–the first line of defense against libel.”

If Eady’s decision had been upheld, Singh would have to prove that the “BCA was knowingly engaged in making false claims, a difficult standard to meet,” John Timmer wrote on Ars Technica.

“A defendant who has to justify a statement of fact would have to prove the statement was true, rather than a statement of honestly held opinion,” The Irish Times reported.

Timmer wrote “Many of Singh’s supporters had argued that the case could set a precedent where anyone criticizing a scientific claim would risk being dragged into court. The new decision explicitly recognizes this, stating, “the unhappy impression has been created that this is an endeavour by the BCA to silence one of its critics.”

The president of the BCA, Richard Brown, wrote in a statement on its Web site, “that the BCA took Singh to court just because they wanted to “set the record straight and correct…what the BCA considered were libelous comments.”

Brown wrote that the BCA requested a retraction and apology, but since Singh didn’t issue one (even though The Guardian “offered a right of reply”), the BCA went through with the case.

“The motivation for this action was always to clear our good name, particularly in respect of the implication that we acted dishonestly,” Brown wrote. “It never was, and it is still not our intention, to curb freedom of speech, whether in the field of scientific research or elsewhere, although sadly we recognise that this is how it has been portrayed by Dr. Singh and his supporters.  The BCA brought the case because in his article Dr Singh made a serious attack on the reputation of the BCA.”

The BCA is deciding if it will appeal to the Supreme Court, Brown wrote.  “Our original argument remains that our reputation has been damaged. To reiterate, the BCA brought this claim only to uphold its good name and protect its reputation, honesty and integrity.”

Singh had to quit his job as a writer at The Guardian to defend himself, Ars Technica reported. This case comes as British lawmakers, fronted by Justice Secretary Jack Straw, are debating libel law reform.  Britain is well known as a libel tourism destination for plaintiffs because it’s said to be easier to win a libel case against media companies there. (Any media company sued is presumed guilty in the UK and must prove themselves innocent in their courts).

The Guardian reported  that Singh said “Unfortunately, the English libel system is still notoriously hostile to journalists and the case for libel reform remains as strong as ever.” Plaintiffs, of course, feel the opposite–that the UK offers possible recourse and protection against libels.

“The ruling, by England’s two senior judges, Lord Judge and Lord Neuberger, together with Lord Justice Smedley, … acknowledged that the action had a ‘chilling effect on public debate’. The BCA’s actions had created the ‘unhappy impression’ that it was ‘an endeavour by the BCA to silence one of its critics’.” The Guardian reported.

The BCA is the largest and oldest UK chiropractors association. They were not contacted by Singh before publication of the original alleged libel.