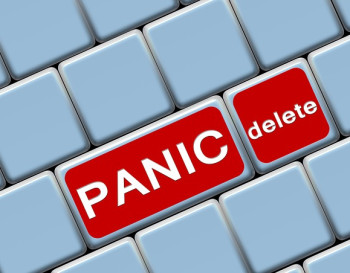 While BuzzFeed didn’t confirm the number to Gawker, Gawker compared stories per author in mid-April to late April. “Though the precise number of deleted posts is difficult to pin down, we were able to form a rough estimate based on archived copies of five long-time editors’ author profiles, which indicate the number of posts each has published on BuzzFeed,” Gawker reported.

BuzzFeed CEO Jonah Peretti told Slate of Gawker’s claim of 4,900 missing articles, “I wouldn’t be shocked if it was a number like that.”

Gawker noted that some of the articles were taken down because they contained plagiarism or other issues. But there wasn’t any disclosure to readers on article pages for why any of the stories were gone.

Why Were Articles Unpublished?

In a separate Gawker article about the missing stories, a BuzzFeed spokesperson, Ashley McCollum, said the stories were taken down because they “no longer met our editorial standards.” She said:

“In a review of our most updated policies and standards, we revisited all posts from earlier years. Certain items published no longer met our editorial standards and we want all content our readers see to meet our current policies and practices. We edited some posts, removed certain posts and left other posts as is.”

BuzzFeed CEO Jonah Peretti repeated that sentiment in a speech last month, saying the articles in question were “trolly, sloppily sourced and not something we would ever do today.”

All of the articles unpublished should have been initially published before BuzzFeed hired editor Ben Smith, Peretti told Slate, but he noted he wasn’t 100% sure.

Peretti described BuzzFeed before Smith’s hiring as a lab and now as a “journalistic organization as well as an entertainment company” and a “company that makes professional content.”

See below his comments.

Media Bistro’s Fishbowl NY questioned why the articles weren’t taken down til this spring and noted “if you’re a media company, you don’t just get to delete articles whenever you want.” Media Bistro added:

“Why did it take until 2014 to get rid of these ‘broken’ articles, when Smith was hired in 2011? Also, BuzzFeed just got $50 million from an investor who said ‘We think of BuzzFeed as more of a technology company.’ Peretti might want to inform them that they’re a media company now. Or is his description of BuzzFeed dependent on who’s asking?”

Regarding the unpublished content, Peretti told Slate that the site “probably could have communicated better, or handled it better.”

BuzzFeed editor Ben Smith also admitted to Poynter’s Craig Silverman that the deletion of so many old stories wasn’t a “masterpiece of a really well-thought-through process.”

“In retrospect what we should have done is we should have had a pop-up on that page when you hit that URL [of a removed article]. It’s stuff made at a time when people were really not thinking of themselves as doing journalism; they saw themselves as working in a lab.”

Smith told Silverman most of the taken down stories had technical issues as opposed to ethical issues, but as Silverman rightly pointed out, “Of course, we have to take his word for that, since all the evidence has disappeared and there is no list of what was disappeared.”

Likewise, Peretti told Slate the unpublished articles were “technically broken, not sourced to our current standards, not worth improving or saving because the content isn’t very good.”

BuzzFeed fired an editor, Benny Johnson, this summer after it discovered he had plagiarized 41 times.

iMediaEthics is writing to BuzzFeed to ask if it has a list of all of the stories it deleted and if it will be reporting or publishing a statement on its website about the unpublishing.