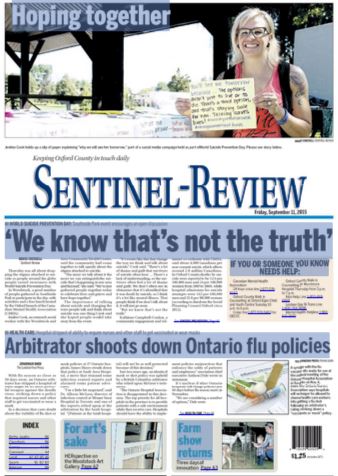 The Woodstock Sentinel-Review retracted a story claiming a local man delivered a baby on a Canadian train last month.

The online and print story “Local man helps with a special delivery,” claimed a man named Joseph Dyk who had grown up on a dairy farm “led the charge” to help a woman on a Toronto-bound Via Rail train went into labor.

After the story was published, the train company disputed the story, according to the retraction.

“Via Rail was unable to find any evidence of a passenger involved in a delivery on any of its trains,” the Sentinel-Review reported, quoting its spokesperson Maxime Dupont-Demers saying “We have log files. Everything that goes on onboard, employees would file a log and would immediately also tell our control centre that something is going on onboard a train…We keep everything on file. We have found nothing.”

Dupont-Demers declined to comment further to iMediaEthics but repeated “There is no records of that event happening onboard one of our trains as it was published before retraction. With our procedures, if such an event would have happened, there would have been actions taken.” 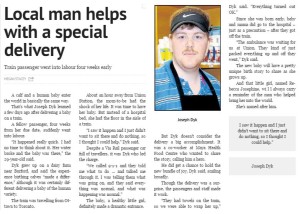 The newspaper added that it “is not able to confirm that the birth took place” after attempting after-publication fact checking.

The Sentinel-Review admitted that it should have fact checked before publication and apologized.

“Necessary steps have been taken to try and corroborate the story, but the Sentinel-Review is not able to confirm that the birth took place.

“We realize that confirmation should have been sought before publication and apologize for the mistake.

“The reporter and the paper regret the error immensely, and want to apologize to readers for the inaccurate information.

“We recognize that reader trust in our product is of the utmost importance, and we take this error seriously.”

The Sentinel-Review is a local English-language newspaper in Woodstock, Ontario, Canada, according to Mondo Times. It is owned by Sun Media.