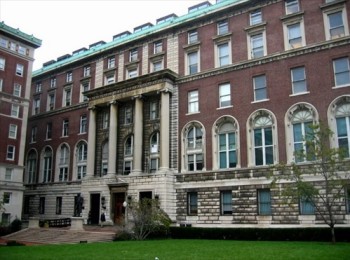 Jann Wenner, the publisher of Rolling Stone magazine, has asked Columbia Journalism School to “conduct an independent review” after its flawed November article “A Rape on Campus.” The review will examine ” the editorial process that led to the publication of this story.”

As iMediaEthics has written, Rolling Stone apologized and admitted it never contacted the students accused of gang raping “Jackie,” a University of Virginia student whose story of a horrific 2012 rape opened Sabrina Rubin Erderly’s story.

The apology came after the Washington Post and other news outlets raised issues with Rolling Stone‘s reporting. Later, Rolling Stone changed its apology to remove a comment that suggested the problems in the reporting were Jackie’s fault when in reality it was Rolling Stone that failed to vet its reporting.  In addition, three of Jackie’s friends, whose reactions to Jackie’s rape allegations were reported in the Rolling Stone article, told the Post that Rolling Stone never contacted them for interviews or fact checking.

Rolling Stone’s editor and publisher Jann Wenner announced, “We have asked the Columbia Journalism School to conduct an independent review.” The review will be led by Dean Steve Coll and Dean of Academic Affairs Sheila Coronel, Wenner said in part, according to the Washington Post. “As soon as they are finished, we will publish their report.”

The Washington Post’s Erik Wemple noted that last week a Rolling Stone spokesperson Melissa Bruno said the magazine was “conducting a thorough internal review of the reporting, editing, and fact-checking” of the article. At that time, no mention of Columbia University had been made.

Columbia’s Coronel told Wemple that Wenner had asked them to conduct the review and that Rolling Stone has been given background information needed such as “the interviews, the e-mail, a lot of other things.”

Columbia also plans to interview the Rolling Stone staffers who worked on the story.

Rolling Stone spokesperson Bruno told iMediaEthics that the magazine has no comment beyond its statement from Wenner.

iMediaEthics has written to Columbia Journalism School’s Coll for comment.

Columbia Journalism School Associate Dean for Communications Lizzie Fishman provided iMediaEthics a statement from Coll and Coronel about the review.

“Rolling Stone has asked us to conduct an independent review of the reporting and editorial decision making that led to the publication of its recent story on sexual violence at the University of Virginia. Rolling Stone has agreed to publish our report in its entirety, without editing, on its website, as well as substantial excerpts in the magazine. We don’t want to comment further about our work until it is completed. We made no firm commitments about the timeline for our report but we hope to complete it as soon as possible.”