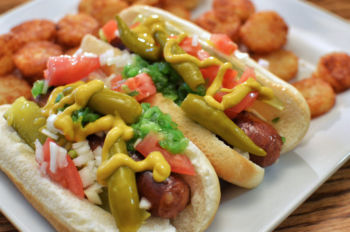 Check out iMediaEthics’ latest round-up of interesting and newsworthy corrections, including one news outlet on whether hot dogs are sandwiches.

1. Are hot dogs sandwiches? The Louisville, Kentucky Courier- Journal weighed in on the debate, deciding no, and then admitted it “incorrectly referred” to them as sandwiches and posted a correction addressing ten articles from 1887 to 1966, in which the paper wrongly referred to them as such.

Last year, the Courier-Journal apologized for calling Muhammad Ali by his birth name, Cassius Clay, long after he’d changed his name and religion.

The Times posted two corrections on its article, one to address the length of a U.F.C. fight, and one to fix the description of McGregor’s face. They read:

“Correction: August 27, 2017 An earlier version of this article incorrectly said that Conor McGregor’s face was bloodied during the fight. Late punches turned his face red.

“Correction: August 27, 2017 Because of an editing error, an earlier version of this article misstated the maximum length of a U.F.C. fight. It is 25 minutes, not 35 minutes.”

3. Newsweek mixed up Swiss and Swedish when describing a hotel accused of anti-Semitism. The news magazine said the Paradies Arosa hotel in Zurich was Swedish. However, being based in Zurich makes it Swiss.

“Correction: An earlier version of this story mistakenly called the hotel Swedish and referred to Zurich as being in Sweden. Zurich is in Switzerland.”

4. The Times of London goofed when stating Kuala Lumpur was in Singapore, when it’s in Malaysia. The error came in a story referencing the death of North Korea’s Kim Jong-un’s half-brother Kim Jong-nam.