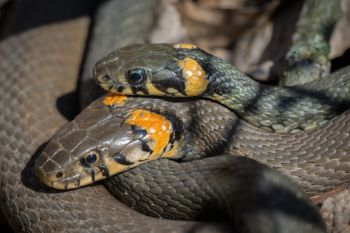 An Austin, Texas library is holding an “Anti Prom” event with snacks for guests. But, the Houston Chronicle explained that a local newspaper, Community Impact, wrongly reported they will have SNAKES.


2. The New York Times mixed up the name of a rugby team with the air force. The April 9 correction:

An article on Saturday about the implementation of mindfulness in militaries across the world referred incorrectly to the All Blacks. The phrase describes a prominent rugby team in New Zealand, not the national air force.

4. Geography errors are common mistakes. The New York Times wrongly stated that Nauru and Manus were part of Australia.

“The cover article this weekend about Rupert Murdoch’s media empire describes incorrectly the Fox News host Greta Van Susteren’s departure from the Fox network. Ms. Van Susteren was preparing to leave when Mr. Murdoch canceled her show; she was not fired. And the article misstates the given name of a media analyst. She is Claire Enders, not Alice. The article also describes incorrectly the islands of Nauru and Manus. Nauru is an independent nation, and Manus is part of Papua New Guinea. Neither is part of Australia.”