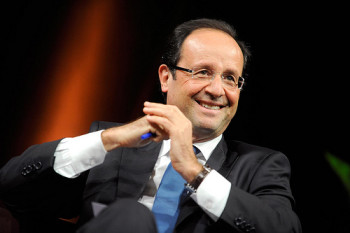 In January, Closer magazine published photos and allegations that  Hollande was having an affair with Gayet. While Hollande didn’t deny or confirm the affair claims, he did split up with his long-time partner following Closer‘s story.

Specifically, the photo in question for the criminal investigation shows Gayet “behind the wheel of her car,” according to Expatica. “Under French law, the inside of a car is considered to be a private space.”

French prosecutor Robert Gelli “opened an investigation” into the photos January 17, according to the Huffington Post.

The breach of privacy criminal charges could lead to “a maximum penalty of a year in jail and a fine of up to 45,000 euros ($62,500),” Expatica.com reported.

The prosecutor says Viers took the alleged privacy-violating photo of Gayet, and that Perna and Pieau are implicated because they published it.

In an interview with Le Monde earlier this year, Valiela confirmed he and his brother took the photos Closer used in its report. He added that he was “proud” of the photos.

Valiela took the other photos of Gayet and Hollande, and was charged for complicity because his brother, Viers, had a fake press pass which was a mock-up of his real press pass, according to a translate of a French Huffington Post article.

Their hearing is July 1 in Nanterre.

iMediaEthics has written to Closer and its publisher for comment on the charges. We have not seen contact information for the photographer Valiela and his brother Viers. We’ve also reached out to the French Ministry of Justice for more information concerning the charges.