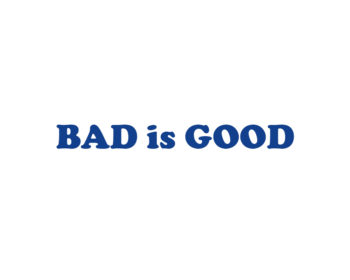 Jitka Obzinová, head of news, said in the tape, according to Aftonbladet, “You must always produce refugees as a threat.”

HlídacíPes reported May 30, according to a Google Translate, “HlídacíPes.org has testimony from several sources, according to which the management of TV Prima in a meeting with the editors of 7 September 2015 came with clear instructions on how to have a television in their coverage to build refugee crisis.”

Prima sent iMediaEthics its May 31 English-language statement on the allegations, saying “Prima TV definitely never haven’t misinterpreted any facts in any area in any way.” 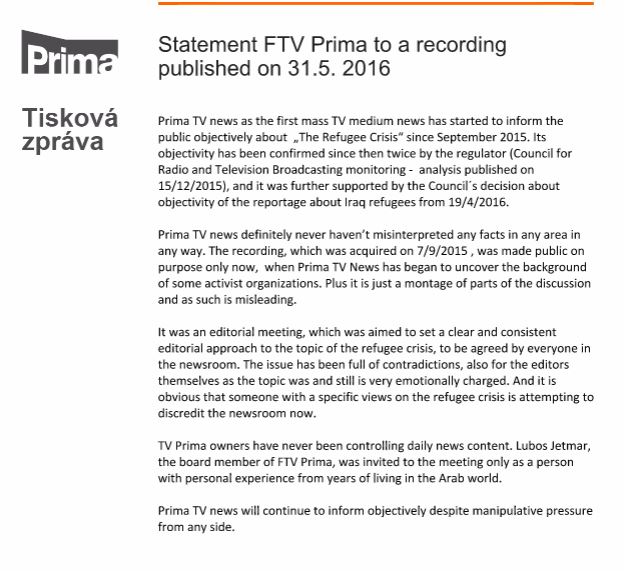 Prima claimed the recording only surfaced after Prima “began to uncover the background of some activist organizations.” Prima also argued the recording was “misleading” because it was a “montage” and a discussion. The statement also says Prima’s owners weren’t “controlling daily news content” and that it will “continue to inform objectively despite manipulative pressure from any side.”

The coverage changed by putting “much more emphasis on threats and stereotypes, ‘wealth’ of refugees pictorial images to mobile phones that do not appreciate the hospitality, leaving behind a mess and so on,” HlídacíPes reported, noting there was coverage of alleged health risks refugees could bring.

“Prima is an influential media outlet because it is the third most-watched television station in the Czech Republic – 23 % of the 15 and older age group watch it at some point during the day,” Czech’s Romea reported.

HlídacíPes’s founder Břešťan told iMediaEthics Czech journalists have viewed the allegations against Prima as “a very important case, considering it as an example of unacceptable manipulation.”
He said politicians haven’t responded to the allegations and “the public is divided.”

iMediaEthics has written to the Czech broadcasting regulator for more information.