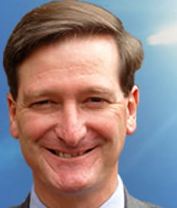 UK attorney general Dominic Grieve charged the Daily Mail and the Daily Mirror with contempt of court, the Guardian reported.

In question is the newspapers’ stories on Levi Bellfield, who was convicted earlier this year in Milly Dowler’s kidnapping and murder.  As iMediaEthics has previously written, News of the World hacked Dowler’s phone in the days following her kidnapping for stories.  The revelation of that hacking led to the News Corp-owned newspaper’s closing in July 2011 and much attention directed toward the phone hacking charges against News Corp’s UK newspapers.

While Bellfield was convicted of one charge in Dowler’s murder, the trial’s jury was “dismissed…before they could reach a verdict on a second charge” concerning a separate attempted abduction, the Guardian explained.

“As a result of the trigger being pulled too soon on what would otherwise have been proper and appropriate material, I have been put in a position where I am obliged to discharge the jury from reaching a verdict in her case,” the judge, Justice Wilkie, is quoted as saying about the coverage and dismissal.