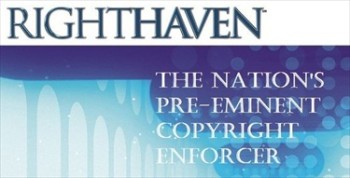 The Denver Post will no longer use Righthaven to file lawsuits alleging copyright infringement, Wired reported.

John Paton, the new CEO of Post parent company MediaNews Group, called working with Righthaven, which had been filing lawsuits on behalf of the Denver Post’s copyright since late last year, “a dumb idea,” according to Wired.

Paton, who was named CEO this week, is quoted as telling Wired:

“The issues about copyright are real. But the idea that you would hire someone on an — essentially — success fee to run around and sue people at will who may or may not have infringed as a way of protecting yourself … does not reflect how news is created and disseminated in the modern world.”

Las Vegas Inc noted that MediaNews Group “decided not to renew the Righthaven contract before Paton joined the company this week.”  That disclosure was made by MediaNews Groups’ Sarah Glines, who stated “it’s a model that isn’t working very well for us.”

According to Wired, “Righthaven has not prevailed in court on any of the infringement lawsuits filed over MediaNews’ content, though it appears from court records that about two dozen cases had settled out of court.”

iMediaEthics wrote in May when Righthaven dropped its lawsuit against Hill for re-publishing a Denver Post photo on his website.  Hill was described by Westword blog at the time as a “chronically ill, mildly autistic hobby blogger.” Reporters without Borders had backed Hill in his calls for the lawsuit to be dismissed.

Other prominent cases include that of South Carolina blogger Dana Eiser-Bertoluzzi, who runs conservative grassroots blog Lowcountry 912.  As StinkyJournalism has written, she was sued by Righthaven because Lowcountry 912 re-published a Denver Post column.  She didn’t know about the lawsuit until iMediaEthics contacted her for comment in December 2010.  Lowcountry 912 did take down he column, and she is counter-suing Righthaven for charges including defamation and barratry.

Read more about her case here.

Earlier this month, Las Vegas judge Roger Hunt dismissed two Righthaven lawsuits, Vegas Inc reported. However, the cases were dismissed “without prejudice, meaning Righthaven can attempt to sue both of them again over the same alleged infringements.”

And, the Electronic Frontier Foundation, which is a “friend of the court” and Righthaven opponent, called for a case to be dismissed, Vegas Inc reported.  iMediaEthics wrote to the EFF asking for comment about the Denver Post’s decision and about its current cases.  The EFF’s media relations director, Rebecca Jeschke, responded. She wrote:

“We initially got involved with Righthaven cases because what they were doing was bad for the free and open flow of information on the Internet.  The way the Internet discussion works is through quoting, commenting, and linking — this is the way issues of the day are debated in the 21st century.

“But Righthaven showed no regard for fair use rights, which allow for this kind of quoting precisely because it’s a key part of free speech.  Instead, it sent terrifying letters to its targets, complete with outrageous claims of potential damage awards and domain name seizures.

“It’s not a surprise that many people settled with Righthaven for several thousand dollars and removed the content they used, even if they might have had a fair use defense.  When we later discovered that Righthaven didn’t obtain the proper copyright to sue, it became even more clear that its lawsuit scheme was improper and unfair.  It’s encouraging to see others recognizing this as well.”

iMediaEthics is also writing to Dana Eiser for comment and will update with any response.

Righthaven (www.righthaven.com) calls itself “the nation’s pre-eminent copyright enforcer,” as iMediaEthics has been reporting.  The Nevada-based company was hired last year by the Las Vegas Review-Journal to pursue copyright violations and started filing lawsuits in May 2010.

In November 2010, the Denver Post published “a notice to readers” reminding readers about copyright restrictions.   StinkyJournalism wondered at the time if the Denver Post would follow suit and begin using Righthaven.

As of May 2011, Righthaven has filed more than 270 lawsuits and while some defendants have settled out of court, the legal action hasn’t gone perfectly for Righthaven.   In June, a U.S. judge ruled that Righthaven “never had the right to sue for infringement of Las Vegas Review-Journal articles because” Righthaven didn’t have the licensing.

In July, Righthaven was fined $5,000 “for misleading a federal court about its lawsuits.”