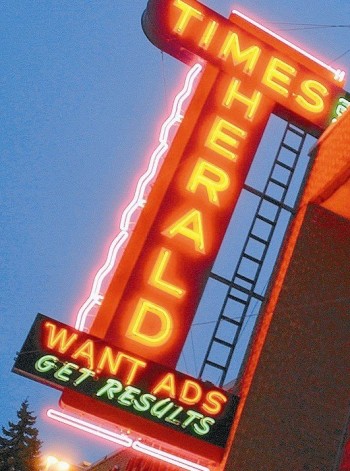 Reporter Mickey Djuric quit the Moosejaw Times-Herald, a local newspaper in Moosejaw, Saskatchewan, Canada, alleging the newspaper refused to publish her report on a local politician.

“I choose personal integrity and strong ethics over deception and censorship,” Djuric wrote on her website. “After much heart-felt thinking, I have chosen to resign this morning from the Moose Jaw Times-Herald, as a journalist.  The MJTH management staff has made an editorial decision that I strongly disagreed with.”

Djuric wrote that a month earlier she videotaped the local Parliament member, Tom Lukiwski, saying another politician was an “NDP whore.”

She said she wanted to cover it for the newspaper and about two weeks ago was given the go-ahead. But then last week, the paper changed its mind, she wrote. “The Times-Herald stated to me that it was in their best interest to not publish the story nor the video,” she wrote. “They specified that they did not want to draw negative attention to the MJTH.”

Djuric told iMediaEthics by e-mail, “The reaction from the journalism community has been overwhelming,” since she posted her announcement about quitting. “I’ve received extreme support from several journalists and media outlets.” She went on:

“Even people who heard the word ‘horde’ have supported my decision and agree the video needed to be released. People understand the decision I made. It is our responsibility – as the media – to seek out the truth. The media is what separates our free nation from other countries in the world, and I never want to abuse my responsibility as a reporter or journalist. And I certainly don’t want to compromise my values and integrity, nor should I be asked to compromise myself. In good conscious I couldn’t continue to work for an organization that substitutes deception for excellence and ethical journalism.”

Djuric said she doesn’t have a job lined up but is “taking this minute by minute.”

The Times-Herald responded to her claims in its own post Nov. 19. “The Moose Jaw Times-Herald does not practice ‘gotcha’ journalism,” it wrote. “We don’t go with best guesses and half-truths when full facts are needed.”

“This week, we were working on a story that put us to the test of fairness, accuracy and standards, and we made a decision as an editorial team to not publish or post – because we had serious doubts about accuracy,” it added.

The newspaper said it decided against reporting on the taped comment because it wasn’t clear whether Lukiwski said “whore” or “horde.” When asked, Lukiwski claimed that he said “horde.”

“When reviewing the tape, we found reasonable doubt as to which word was used,” the paper explained, denying that it censored the reporting or the claims, but noting it didn’t want to report on unconfirmed, uncertain information.

“We strive to meet good journalistic and legal standards and included our legal counsel in our discussions on this. In the end we could not with certainty confirm the word choice that the MP had made,” the paper added.

Despite Djuric’s claims, the paper said it stands by its decision against reporting on the video. It wrote:

“In this situation, we stand by – as editors, a newspaper and as a media newsgroup – our process. We, even amid an uproar, are very proud of it. Not every story investigated will be published. If something falls short, then it doesn’t make the grade. This is a basic and trusted principal of good journalism.

“The video in question has now been made public, and we know people will form their own opinions on the single word that was used. But we trust the decision we made to hold a story based on guesswork, opinion and a ‘could be’. We don’t take easy shortcuts for the sake of page-views on our sites or notoriety in a byline. We’re not going to try to make a name for ourselves on serving up poor journalism.”

Craig Slater, the managing editor for the newspaper, told iMediaEthics by e-mail both Djuric’s resignation and publication of the video “came as a surprise.”

“We have received mixed response from the community,” he added. “The majority of the comments have been positive – people in the business community, police, city and health officials, local politicians – have all been thankful and have praised us for sticking to our ethical and fair approach to journalism. Other media outlets in this province have shared with us that they would have made the same decision. Of course, there are others (subscribers and general folks on the street) who expressed a displeasure.”

He confirmed the newspaper stands by its decision. “We remain 100 per cent confident in the decision we made,” he wrote. “There is no definitive answer as to what was said in the video. After enhanced analysis from video experts, there remains a lot of doubt into what was said. In addition, the conversation surrounding this issue has cooled off dramatically. It appears as though people have moved on.”