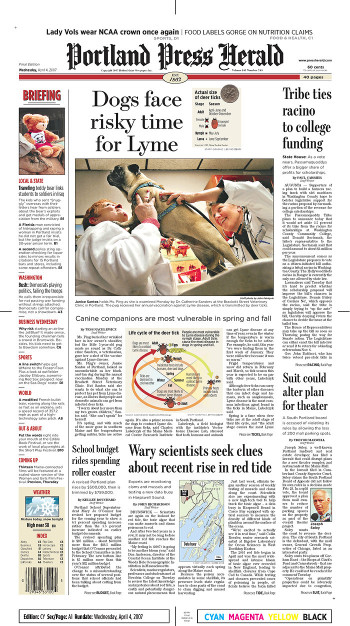 The Portland Press Herald reportedly gave almost $47,000 in free advertising to a local Chamber of Commerce, which used the space to advertise the campaign to have a directly elected mayor.  See here iMediaEthics’ original story on the issue.

The newspaper’s parent company’s advertising vice president, Michelle Lester, stated that the newspaper donated the advertising but didn’t have control over what it was used for.  “The Portland Press Herald offers in-kind advertising space to the Portland Regional Chamber of Commerce,” Lester reportedly said.  “The use of that space is at its discretion.”

Downeast.com reported that the Press Herald didn’t cover the issue itself though until Jan. 4, after former Portland Charter Commission member Thomas Valleau filed an ethics complaint.  But, on Jan. 5, the Press Herald published a correction claiming that the Jan. 4 story “incorrectly described” the advertising donation.  According to the correction, “The Press Herald did not put any restrictions on how the chamber could use the space; the use of the advertising was at the chamber’s discretion.”

iMediaEthics has written to Wood asking for him to explain the discrepancy. We will update with any response.