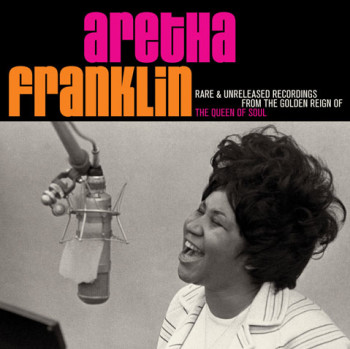 Aretha Franklin plans to sue satire website News Nerd over its story claiming she and Patti LaBelle got into a fight, the Detroit News reported.

The News Nerd story claimed LaBelle was “arrested and charged with assault and battery after attacking Aretha Franklin” at a March 20 concert. The website says at the top that “The stories posted on TheNewsNerd are for entertainment purposes only.”  And, at the bottom of the site, under the “about The News Nerd” section, a disclaimer reads:

“The stories posted on TheNewsNerd are for entertainment purposes only. The stories may mimic articles found in the headlines, but rest assured they are purely satirical.”

Franklin’s publicist Gwendolyn Quinn issued a statement about the intended $10 million lawsuit saying the News Nerd story was “not presented as satire or humor,” according to the Detroit News.

“It was presented as a serious news story intended to depict me in a slanderous and derogatory way — defamation of character,” she is quoted as saying.

Quinn sent iMediaEthics an April 18 press release stating that attorney Arnold Reed was retained by Franklin “to investigate whether or not there is a legal cause of action” over the article.

The press release states that the Reed called the fake story “harmful and injurious” and that the satire disclaimer was not useful to most readers who probably don’t go looking for it. Reed added, according to the press release, that he plans to finish determining if Franklin has a case in the next week.

It reads, in part,

“Reed said, the problem with this publication and others like it is not only do they publish false information that is harmful and injurious to Ms. Franklin but other celebrities as well.   Reed said, it is of no moment that there was a disclaimer at the end of the story about Ms. Franklin and Ms. Labelle.  Reed questioned, “what good is a disclaimer when one has to dig deeper than a six-foot grave to find it.”  A vast majority of readers according to Reed, never make it beyond the first one or two paragraphs. By that time, conclusions are drawn and the damage is done. Rumors and innuendo spread through the public faster than the speed of light.

“Reed likened these stories to a journalistic cancer that is hard to stop once it begins to spread. What complicates matters is that so-called reputable media outlets continue to spread these falsehoods without as much as even a single micro fleck of truth.

“In the coming days, Reed plans to conclude his investigation and discuss with Ms. Franklin the feasibility of legal action. My client knows that this is not an easy case. She is well aware of the legalities involved with celebrities and the freedoms afforded by the First Amendment.  Nevertheless, Reed said, Ms. Franklin intends to explore all legal options before making a decision regarding litigation.

“‘There is something fundamentally wrong with the misuse of my client’s name and reputation for any reason but in particular for commercial purposes,’ Reed said.”

iMediaEthics has written to Reed for comment and confirmation of his being retained.

At least one news site, KSFM, a CBS-affiliate in Sacramento, was duped by the satire story, iMediaEthics notes. It published an April 14 story titled “Patti Labelle Arrested After Socking Aretha Franklin!”

Interestingly, the News Nerd story portrayed Franklin as the victim, yet she is suing. As Gawker suggested , “In the News Nerd’s diva fanfic, LaBelle is the one who beats up Franklin, so if there is defamation of character happening, it’s in faux-reporting that Franklin couldn’t take LaBelle.”

Billboard reported that on April 15 Franklin said of the fake story:

“I’ve never heard anything crazier—regarding myself and Patti allegedly fighting on March 20, in Atlanta. On March 20, I was in New York City readying for my birthday patty (Sorry. LOL. Laughing at my typo error). I meant PARTY, which we all had one fabulous time. Patti and I are cool and we always have been. I enjoyed her at the White House. Classic Patti.”

iMediaEthics attempted to contact News Nerd by its contact page; however, we received a message that said “failed to send your message. Please try later or contact the administrator by another method.”

We have reached out to representatives listed for LaBelle for comment. We’ll update with any additional information.