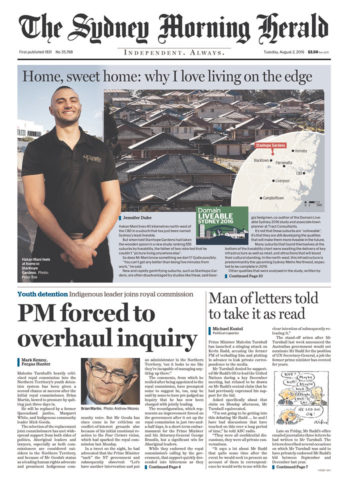 It was wrong for the Sydney Morning Herald to publish claims that a woman named Louise was gang raped by Middle Eastern men, the Australian Press Council ruled. The Feb. 22 column by Paul Sheehan claimed a woman was gang raped by Middle Eastern men in Sydney. But Sheehan didn’t contact the police or the hospital or even meet the woman to verify the story, as we wrote at the time.

The Herald apologized at the time and conducted a review of the column. iMediaEthics reported back in March when the Herald suspended columnist Sheehan over the false story.

According to the press council’s recent ruling, the newspaper admitted Sheehan’s column “represented unacceptable breaches of fundamental journalistic practice.” Further, the newspaper “expressed its regret” and pointed to its follow-up story that conceded the column had problems and its various apologies.

“The publication conceded that the article breached fundamental standards of journalistic practice,” the press council reported, noting that the claims were “serious and distressing” and would “likely cause substantial offence, distress and/or prejudice to the Middle Eastern community in Australia, the NSW Police, victims of sexual assault and the wider community.”

As such, the press council ruled that Sheehan’s column was unfair and the newspaper didn’t take “reasonable steps” to fact check.

“All of these claims would have been readily dismissed with some further interviews and basic fact-checking, but this was not done,” the press council ruled. It was “deeply regrettable” that the column was published, but the press council ruled that the paper sufficiently handled its retraction. For example, the Herald published this apology atop Sheehan’s follow-up to his now-retracted column.

“APOLOGY: In a column published on February 21 headlined The story of Louise: the hidden scale of the rape epidemic in Sydney, Fairfax Media reported the details of an alleged sexual assault. A subsequent column published below acknowledged key elements of the original story were unable to be substantiated. The original story included aspersions against the Middle Eastern community and raised untested allegations of inaction against the NSW Police. Fairfax Media sincerely regrets the hurt and distress the reports caused to these groups, and our readers, and unreservedly apologises.”