Chinese journalist quits because of censorship

Farewell to My “Reporter” Career: 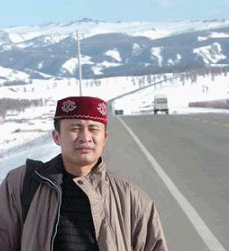 Maybe this is Chinese blogger, "Shiniankancai"...then again, maybe not.

Xiao Qiang, China Digital Times,  posted a translation of a poignant text that is supposedly written by a Chinese blogger, “Shiniankancai.” Qiang said he was “quite well known for his sharp and sometimes cynical critiques of China’s political institutions and policies” and claimed to be a journalist who worked ” for national newspaper in Beijing.”

Who knows if Shiniankancai is a real person who quit and walked in to the “Personnel Department”  and actually turned in his “journalist pass?”  It’s impossible to verify. However, irrespective of the issue of “truth,” I felt it a worthy read that offered “food for thought” regarding a world where governement censorship is a daily life for journalists.

Shiniankancai said, ” I can’t put together clearly the reasons why I want to end my journalism career now. I got weary of the job several years ago, but it was at the beginning of the year that I made up my mind to quit it. Although I carried a journalist pass around, and I was received as a reporter on numerous occasions, I was hardly given a chance to fulfill my duty as a journalist…When I am unable to truthfully document what is happening, when I don’t have freedom of expression, how is it possible for me to be a real journalist? I was doing the job just to make a living. To such a ‘journalism’ career, it’s time to say goodbye…

“After playing the role of ‘trumpeter’ for a few years, I figured out a useful rule: Among the assigned tasks of writing positively about the government, some are safe and others are risky— it’s safe to praise the top leadership or the government in general; it’s also safe to write about the grassroots of the government machine, such as a police officer, a rank-and-file soldier, or a low-level cadre. But it’s risky to write about department or deputy-ministerial level officials. They might be dismissed or jailed shortly after an article is published praising their brilliant achievements.”

Farewell to My “Reporter” Career: