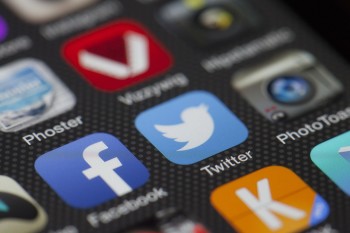 As iMediaEthics previously reported, Hopkins tweeted in 2015 to Monroe, asking “scrawled on any memorials lately? Vandalised the memory of those who fought for your freedom? Grandma got any more medals?”

When Monroe responded calling for Hopkins to delete the tweet and apologize, Hopkins posted a new tweet calling Monroe “social anthrax.” Monroe, who is part of a military family, warned Hopkins of a libel lawsuit if Hopkins didn’t apologize, and eventually filed the legal claim.

The verdict is uploaded here. iMediaEthics has contacted Hopkins and her attorney for comment.

After the March 10 verdict, Monroe’s representatives sent iMediaEthics a statement from Monroe’s lawyer Mark Lewis who commented, in part, “The price of not saying sorry has been very high” for Hopkins given she now has to pay damages and costs over the tweet.

“Despite repeated opportunities to back down, Hopkins obstinately refused to apologise, instead conducting her defence by slinging as much mud as she could to hide the fact that she had made this false allegation,” Lewis’s statement said.

Lewis went on, “Hopkins claimed that Twitter was just the wild west where anything goes. The Judge has shown that there is no such thing as a Twitter outlaw.”

Monroe tweeted about the verdict:

It"s taken 21 months
but today the High Court ruled
that Hopkins statements to/about me were defamatory.
I sued her for libel.
and I won.

I'll be writing a longer statement shortly, but for now, to everyone who told me I couldn't, wouldn't, shouldn't – I could, I would, I did.

And now that I can actually breathe, first I am going to hammer my book over the finishing line for those who backed it, and me. Thankyou.

Monroe identifies as non-binary transgender, but the judge stated in his ruling “By agreement, I shall call her Ms Monroe and use feminine pronouns.”

As iMediaEthics has previously reported, Hopkins has a history of controversial statements. She published a column in the Sun in 2015 comparing migrants to cockroaches.

In 2016, she was duped by a satire story claiming a British highway would be shut down. And earlier this year, she and the Mail Online had to pay £150,000 to two Muslim brothers after her column falsely accused them of being extremists.