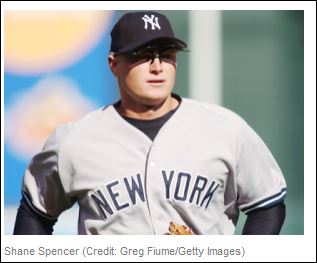 ESPN Radio 104.5 in Albany, N.Y. was hoaxed by a man posing as former New York Yankees baseball player Shane Spencer.  According to NJ.com, the hoaxer called into the radio station and admitted to using steroids.  The fake Spencer flat out said, “I have used steroids in the past.”

But, the real Spencer told the New York Daily News that he “did not participate in any such interview” and that the station was hoaxed.

“Someone called into the station claiming to be me and spoke on my behalf regarding some very sensitive topics surrounding baseball.  This caller spoke as me about topics ranging from steroids, to my time with the New York Yankees, Roger Clemens and my feelings about the great Mariano Rivera.”

Spencer added that the station could have figured out that it wasn’t he on the line because the phone call didn’t originate from his “contact information.” He said:

“I am outraged that someone would do this and at the same time disappointed that the station believed it to be me despite not coming from the contact information they had for me.”

The station has admitted to being hoaxed and interviewed the real Spencer about the hoax.  The station also unpublished the fake interview. According to Google Cache, the web story was headlined “Former New York Yankee Shane Spencer Admits Steroid Use To Mike Lindsley [AUDIO].” But oddly, the station’s corrective statement didn’t appear to apologize. The statement reads:

“Yesterday we ran an interview we thought was with Shane Spencer. Unfortunately, after the interview was aired, we learned that the interview was with an imposter. During the interview, the Spencer imposter said that he used performance enhancing drugs and accused other players of doing the same while pretending to be Spencer. The real interview was scheduled to take place in advance and  was set-up through the official Major League Baseball Players Alumni Association.

“The real Shane Spencer agreed to come on the air and conduct an interview setting the record straight.  We here at 104.5 The Team ESPN Radio thank Shane for coming on the air and clarifying this unfortunate situation.  We, along with Shane, share the opinion that such criminal actions are not funny, have no sense of purpose, are bad for the individuals involved, and are bad for baseball as well as radio in general.  Now let’s listen to what Shane Spencer has to say.”

The real Spencer said a friend told him about the fake interview and that when he listened he thought it was “obviously” not him.  “I probably didn’t get one minute into it and obviously I could tell that wasn’t me by the voice,” Spencer said, adding that he quickly called the station to alert them that the interview was fake.

Spencer went on to call the hoax “unfortunate,” “disappointing,” and “embarrassing.”

iMediaEthics has written to 104.5 asking what apologies it has run, what it will do to prevent future hoaxes and for a response to Spencer’s comments that the hoaxer’s voice and phone number were obviously not his. We’ll update with any response.

Update: 11:30 am: 104.5’s Stephen Giuttari told iMediaEthics by email that the follow up article by the station with the real Spencer interview was “self explanatory.” 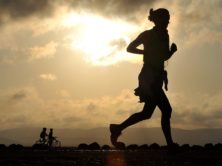 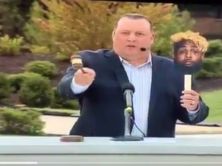