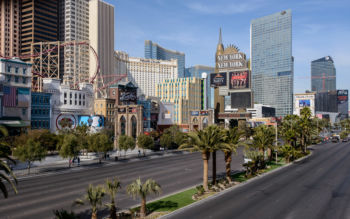 Conservative website Gateway Pundit claimed Geary Danley was the Las Vegas shooter who left more than 50 dead. Furthermore, this White House-credentialed website also implied that the mass murderer was a Democrat and was anti-Trump.

The real gunman, however, was Stephen Paddock. The Oct. 2 post from Gateway Pundit, which got White House press credentials in February, was headlined, “Las Vegas shooter reportedly a Democrat who liked Rachel Maddow, Moveon.org and Associated with Anti-Trump Army.”

The link to the article by Joe Hoft now goes to an error page. BuzzFeed’s Ryan Broderick, who collected a series of hoaxes related to the Las Vegas shooting, tweeted a screenshot of the article, which read in part, “Geary Danley, the murderer of at least 20 concertgoers in Las Vegas, from initial accounts was a far left loon. Per a review of his Facebook account he was a fan of Rachel Maddow, People’s Action, Democrats, MoveOn.org, etc…”

How did Danley get brought into the Las Vegas stories? The Washington Post reported that Danley “might have been married to a Marilou Danley,” the name of someone the police were looking for this morning.

iMediaEthics has e-mailed and tweeted Gateway Pundit to ask how the error occurred and if any correction has or will be published. The fake news didn’t just circulate because of the Gateway Pundit site; Facebook propagated the story. “We are working to fix the issue that allowed this to happen in the first place and deeply regret the confusion this caused,” Facebook said in a statement quoted by the NY Post.

The @gatewaypundit wrote up Geary Danley as the #mandalaybay shooter and then deleted their post. pic.twitter.com/ocXtTOX6rL