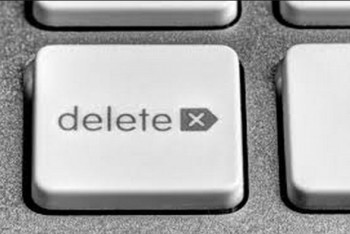 Gawker unpublished a story accusing David Geithner, Timothy Geithner’s brother and the CFO of Conde Nast, of hiring a gay escort for a visit to Chicago. According to Gawker’s story, which granted anonymity to the escort, the escort wanted Geithner to use his influence to help the escort with a housing issue, but Geithner refused and never met the escort.

The story was widely slammed as not newsworthy or in the public interest.

The story has been replaced with this note: “This post has been removed. This post by Gawker CEO Nick Denton has more details.”

Today, Gawker deleted the post, with Gawker’s founder Nick Denton admitting it was a bad decision to publish.

“It was an editorial call, a close call around which there were more internal disagreements than usual. And it is a decision I regret,” Denton wrote, claiming that the story was both “true and well-reported.”

The deletion of the Geithner story sets precedent, Denton commented. “The point of this story was not in my view sufficient to offset the embarrassment to the subject and his family. Accordingly, I have had the post taken down. It is the first time we have removed a significant news story for any reason other than factual error or legal settlement.”

After the deletion, “Gawker Media Editorial Staff” responded with a blog post criticizing the unpublishing, claiming it was a business decision, not an editorial decision.

“Today’s unprecedented breach of the firewall, in which business executives deleted an editorial post over the objections of the entire executive editorial staff, demonstrated exactly why we seek greater protection. Our opinions on the post are not unanimous but we are united in objecting to editorial decisions being made by a majority of non-editorial managers. Disagreements about editorial judgment are matters to be resolved by editorial employees. We condemn the takedown in the strongest possible.”