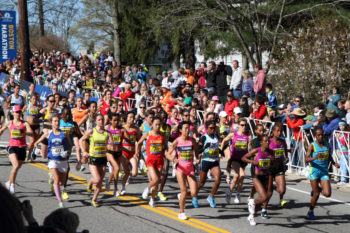 Joe Weasel, the producer for Glenn Beck’s radio program, will not give up his sources for Beck’s on-air claims about Abdulrahman Alharbi and the Boston Marathon bombing.

As iMediaEthics has reported, Alharbi, a Saudi Arabian college student, sued Beck for claiming he was involved in the Boston Marathon bombings.  Beck said Alharbi was “a very bad, bad, bad man” and that Alharbi was the “money man” behind the bombings. However, Homeland Security Secretary Janet Napolitano said Alharbi was “never even really a person of interest” and was cleared completely.

Weasel’s lawyer said he isn’t going to meet U.S. District Court Judge Patti Saris’s order to identify the two Department of Homeland Security sources by Aug. 24, according to Politico. Saris said she would order the sources’ identities to remain protected outside of the court.

Weasel and Beck’s lawyer, Michael J. Grygiel, told iMediaEthics, “I can confirm that I am representing the Defendants and Mr. Weasel, but otherwise cannot comment on a pending litigation matter.” Alharbi’s lawyer Peter J. Haley declined to comment.

Politico uploaded Grygiel’s Aug. 24 letter to Judge Saris saying the confidential sources would not be revealed by the defendants because the sources didn’t OK their identities being released. The letter also said that Weasel is “justifiably concerned that substantial harm could come to the Confidential Sources,” as well as the fact that Beck’s network, The Blaze, Inc., wouldn’t get any more anonymous sources.

Earlier this month, Judge Saris ruled that Alharbi was not a public figure, which means Alharbi just has to prove negligence, Politico reported.