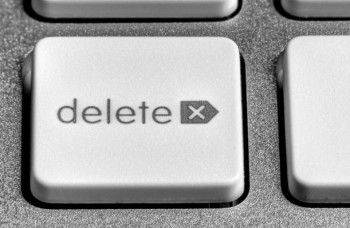 The Guardian unpublished 13 articles by freelance writer Joseph Mayton after finding fabrication —  12 news stories and one opinion piece were affected.

In a note to readers published today, the Guardian explained sources cited in Mayton’s work complained that they never spoke to him.

“When Mayton was unable to provide convincing evidence that the interviews in question in the February article had taken place, we hired an independent fact-checker to investigate all of his prior work, which comprised of 37 single-byline articles published between 2015 and 2016, seven shared byline stories from the same period, and 20 opinion pieces written from 2009 to 2015.”

The Guardian went on:

“In an investigation that included approximately 50 interviews, our fact-checker found articles that contained likely or confirmed fabrication, including stories about two events that organizers said he didn’t attend. Dozens of sources could not be found – either they had no online presence or they were anonymous and could not be substantiated – and several people quoted in Mayton’s articles either denied speaking with him or giving the quotes attributed to them.”

The Guardian said it “met with Mayton twice in person and emailed him dozens of times, giving him more than a month” to respond but that “he was unable or unwilling to provide information on most sources.” Mayton “denied any fabrication,” the Guardian said.

The Guardian said moving forward it will vet freelancers and contributors better and enforce its anonymous source policy.

Mayton has previously written for the Daily Beast and Palo Alto Daily Post, among others publications. iMediaEthics has contacted editors there to see if they are reviewing his work.

Dave Price, editor and publisher of the Palo Alto Daily Post told iMediaEthics that Mayton “worked for the Daily Post from Feb. 8 until May 12. We’re in the process of reviewing his work.”

Matthew Keys tracked down what the Guardian deleted or changed from Mayton’s articles. Check out the list of deletions and edits here.

Also, Mayton denied the Guardian’s statement. Read our story on this here.