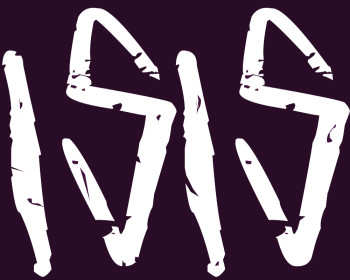 Aired during the early afternoon in the UK and without any warning to viewers of the graphic nature of the footage, Aaj Tak showed an ISIS member holding a knife and “sawing at the neck” of a Russian prisoner, followed by video of the prisoner on the ground. The neck, knife and severed head were blurred during the murder and after.

OfCom told iMediaEthics by e-mail: “We found this news item about ISIL broke our rules on harm and offence, after the broadcast of highly graphic footage before the watershed. Images of preparations for a beheading and of the killing and torture of prisoners were aired at lunchtime, when children could have been watching.”

The station also showed a man it characterized as “half dead” after being crucified by ISIS and then shot, as well as “video clips and still images” showing five men in a cage being drowned, prisoners apparently being put in a car that exploded, a man “digging his own grave,” “children shoot[ing] prisoners,” a prisoner being burned alive and more.

The station argued “disturbing images [were] appropriately blurred” and were newsworthy to “highlight only the inhuman face of ISIS terrorists.”

OfCom disagreed. “Although some details of the content had been blurred, we considered that it would have still been apparent to viewers what was going on,” OfCom ruled.

Viewers could connect the dots between blurred footage, plus audio explained what was happening, in OfCom’s view.

OfCom ruled the the program shouldn’t have been aired when children could have seen it. “We considered the level of descriptive detail provided would have helped any children watching to identify what was being shown in the blurred video clip, and, as a consequence, would have been upsetting for such viewers,” OfCom wrote.

Covering “events in the Middle East and the rise of ISIL” is fair game, OfCom ruled, but the footage was too graphic, not flagged to warn viewers, and worrisome for viewers. As such, OfCom ruled that the graphic nature of the footage wasn’t justified.

“We considered that the inappropriate nature of the video clips and images shown in the programme was exacerbated by a number of them being repeated several times during the programme. In Ofcom’s view the various images and descriptions of extreme violence were potentially very distressing for children, and therefore unsuitable for such viewers. ”

iMediaEthics has written to Aaj Tak for commment.