How many murders did the Media Ignore by Covering Casey Anthony Story? - iMediaEthics

How many murders did the Media Ignore by Covering Casey Anthony Story? 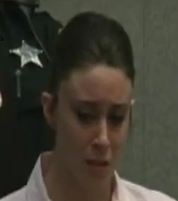 The Atlantic’s Andrew Cohen commented on the “hundreds” of murders in Florida that have occurred and been ignored by the mainstream media since Caylee Anthony’s 2008 murder.  Earlier this month, Casey Anthony, who was charged in 2008 of murdering her daughter Caylee, was found not guilty of murder, aggravated child abuse and aggravated manslaughter related to Caylee’s death.

Cohen noted that he didn’t intend to “diminish the significant of Caylee Anthony’s death or to belittle (or endorse) the results of her mother’s trial,” but that he wanted to highlight the “heartbreaking stories of some of the other murder victims the nation has lost” since Caylee first went missing in mid-2008.

Cohen, who is also CBS News’ chief legal analyst and editor, pointed to The Disaster Center’s crime statistics, which report that 1,168 murders were recorded in Florida in 2008, the year two-year-old Caylee Anthony went missing and was later found murdered.  According to the Department of Justice, 16,442 murders were reported in the U.S. in 2008.

But, Cohen argued that many Americans may have related to Anthony’s story, as a “white, middle-class woman” with a “darling, photogenic little girl,” and therefore Anthony’s trial received more media coverage.  “With the shadow of the Anthony case finally gone from daily view, the sun now shines on a day when other victims of crime may finally get their due,” Cohen commented.

How many murders did the Media Ignore by Covering Casey Anthony Story?