Context can be everything. India TV apologized for their April 6th broadcast about Taliban terrorist Baitullah Mehsud’s re-marriage in Waziristan, Afghanistan that included, out of context, photos of His Holiness Dr. Syedna Mohammad Burhanuddin.

The network’s selection of generic images of the “venerable spiritual leader” Dr. Burhanuddin performing a wedding-related ceremony–called a “nikah” –caused the problem as it gave the false appearance that Dr. Burhanuddin, a man of peace, was somehow connected to the infamous terrorist.

A Complaints Board post further addressed the incident : “In between this report, pictures of His Holiness Dr. Syedna Mohammed Burhanuddin (TUS) performing his nikah had been inserted amid constant background talk on terrorism. In what regards do you think His Holiness is connected with the terrorists? Do you even have an inkling of who you are talking about? His Holiness is amongst the only four persons in the world who are awarded with the address of ‘His Holiness’ including the Dalai Lama and the Christian Pope. And His Holiness is also awarded with the title of ‘Ambassador of Peace’ by many major nations of the world.”

After a firestorm of protests from the Dawoodi Bohra community (Dr. Burhanuddin’s followers), India TV stated: “India TV wants to clarify that the use of photograph of His Holiness Dr. Syedna Mohammad Burhanuddin was not intentional and that he has no connection with the dreaded terrorist Baitullah”.

India TV continued, “We respect Bohara community’s spiritual leader Burhanuddin and consider him an emissary of world peace and universal understanding. India TV used the photograph of Dawoodi Bohra community’s venerable spiritual leader His Holiness Dr. Syedna Mohammad Burhanuddin by mistake and for this we once again regret for hurting the sentiments of the Bohra Community.” 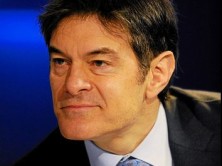