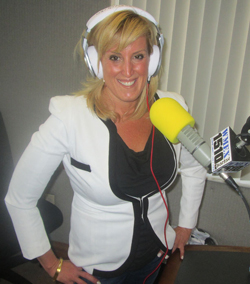 The Wall Street Journal‘s Glossary of Terms defines a rowback as, “A story that attempts to correct a previous story without indicating that the prior story had been in error or without taking responsibility for the error.”

In a dramatic sign of escalating health problems stemming from 9/11, more than 1,700 cops and firefighters have filed lawsuits against the city claiming they were sickened by work at Ground Zero or the Fresh Kills landfill.

To handle the < unprecedented legal overload, the city’s Law Department set up a special division to tackle 9/11 claims and appointed attorney Kenneth Becker as chief of the World Trade Center unit.”

The AP issued an abbreviated version of the story under headlines such as “Ground Zero” Cops, Firefighters Sue City.”

However, McPhee omitted one important detail in her article.  Almost all of the 9/11 health-related lawsuits against the city have been withdrawn.

In a Tuesday AP article, “New York says nearly all cops withdrew lawsuits over Ground Zero toxins,” it states, “The city said that all but nine of the 1,700 rescue workers who filed health lawsuits over toxins at the World Trade Center site withdrew the claims long ago.”

“The recovery efforts at Ground Zero and Fresh Kills landfill resulted in 1,700 notices of claim against the city. Of those, 1,500 led to lawsuits.

The vast majority of those plaintiffs eventually dropped their suits to pursue settlements with the federal Sept. 11th Victim Compensation Fund of 2001. Under the terms of the federal fund, anyone who accepts a settlement cannot also file suit.

How these legal claims are ultimately resolved has no bearing on a tragic fact: People who helped sift through the remains of Sept. 11, 2001, are developing serious, sometimes fatal, illnesses.”

Although McPhee might be correct about people developing serious, sometimes fatal, illnesses due to their work at Ground Zero, she still should have directly acknowledged that her Monday article was inaccurate.

In a glaring front-page blunder, The Daily News yesterday reported that a staggering 1,700 cops and firefighters have filed lawsuits against the city for health problems stemming from 9/11 — when only nine such suits are in the courts.

The embarrassing goof prompted an unprecedented effort by the city’s Law Department to set the record straight by firing off an e-mail “clarification” to reporters and editors across the city to rebut the false claims.

Furthermore, McPhee refused to take the blame for the error.

Even if McPhee did in fact receive the wrong information from Ahlers O’Brien, it was still her job as a journalist to independently verify the facts.